Conductor Tim Ribchester: The Classics Achieve Both Breadth and Depth in Their Impact

BrandscoveryLast updated May 26, 2018Page Views 2
Share
Classical music has the capacity to connect with people deeply and to transcend cultural differences, says conductor Tim Ribchester, who now lives in Berlin. Ribchester has conducted choral and... 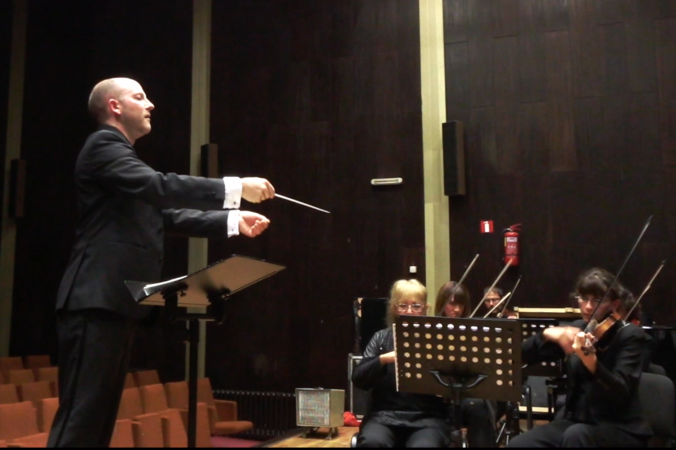 Classical music has the capacity to connect with people deeply and to transcend cultural differences, says conductor Tim Ribchester, who now lives in Berlin.

Ribchester has conducted choral and symphonic works in the United States and abroad and now mainly conducts opera, for the New York Lyric Opera Theater, the North Carolina Opera, and the Music Academy International in Italy, among others.

He has coached internationally recognized singers, including Maria Aleida, Emily Birsan, Joyce El-Khoury, Nicole Piccolomini, and Gidon Saks, and, as a pianist, has been featured in director Park Chan-wook’s critically acclaimed film “The Handmaiden“ and on Cassia Harvey’s recently released CD “The Russian Cello.”

The language of music is universally understood by those exposed to its basics.
— Tim Ribchester, conductor and pianist

It’s very clear that opera and classical music transcend geographic boundaries, Ribchester said. “People call opera elitist, but it’s one of the few art forms practiced and enjoyed in the same format and in languages all over the world. You can see the same production in Philly and then Berlin, and then Japan, because the language of music is universally understood by those exposed to its basics.” Languages have cultural barriers, but music breaks them down.

In fact, sometimes classical music developed as composers transcended cultural boundaries and moved from country to country, absorbing each nation’s distinct sound and carrying it forward.

Handel grew up with the foundations of music in his native country, where the solid structure of a composition as well as its intricate counterpoint were emphasized, probably because of the Lutheran perspectives of the day. Counterpoint is “the democratic combination of simultaneous voices,” Ribchester said, meaning that no line surmounts any other in importance. Instead, overall harmony was sought through applying certain rules. Despite this complex network of voices, German music was relatively modest in scale and tone.

Entranced by Italian music, Handel traveled to Italy to learn the more ornate and theatrical style of singing and of string playing, which also was performed at a much higher level of virtuosity. During his stay, he absorbed these Italian styles and fused them with his German foundation.

He then took that fusion to England and introduced his style of Italian opera there.

Years later, Handel adopted British musical traditions, such as large choruses and Henry Purcell’s nuanced use of the English language. He absorbed all of these influences, which culminated in his oratories, such as his “Messiah.”

Ribchester believes that Handel’s career shows how musicians can adapt to regional traditions and expectations while at the same time transcending them, by “being courageous enough to bring something from one context … to another.”

In no way comparing himself with Handel (being a non-composer living in a vastly different society), Ribchester, too, feels shaped by and has contributed to the cultural synthesis embodied in classical music. As a conductor, he has brought the influence of his British upbringing to the United States and emphasized collaborative sensitivity in the interpretation of baroque music.

His studies of tango music at the Academia Nacional del Tango in Buenos Aires have influenced his priority of keeping a “steady dance groove,” regardless of the complexity of a piece, whenever a composer incorporates the dance forms of his time. And he has taken to Europe the American style of vocal training with its “detailed musical, physical, and linguistic preparation,” which yields a personal confidence and sensual freedom in the sound.

In every country where he’s set foot—his work and studies have taken him to Argentina, England, Italy, Spain, Germany, Romania, Turkey, Bulgaria, and France—Ribchester has synthesized aspects of the local approaches with his current understanding, to create something new.

Reaching Below the Surface

As classical music can reach across borders, and absorb from each locale to enlarge its breadth, it can also reach us at a deep level because it touches us below our conscious minds.

The empathy the conductor displays toward those he is working with is crucial.

When musicians connect through synchronized breathing, vibrations, and their elicited emotions, all at a visceral level, that synchronization can extend to the audience, Ribchester explained.

A conductor’s job, then, entails more than being “a time beater.” Yes, keeping time is the first step when new music is introduced in order to gain familiarity with it, explore its complexities, and solve problems. He calls this the academic part of the work.

But then come the feelings, the ideas, and the act of getting in sync with one another. That primal part of the experience, as he calls it, makes the conductor a conduit of “collaborative energy” or “primal empathy”: “To match the stroke of the bow to the breathing of a singer and the vibrato speed of the hand to that of the voice, to supply a supportive bass groove or percussive encouragement to a colleague playing a melody—this [part of a conductor’s role] is the essence of human empathy,” he said.

The empathy the conductor displays toward those he is working with is crucial for getting at this primal connection, because it allows for trust.

“[Trust] touches something primal within us, because trust and the individual’s relationship to a social code are such fundamental aspects of human co-existence. To play Beethoven’s Fifth Symphony, as clichéd as it has become, requires a huge level of empathy and trust on the part of every orchestra member—an extraordinary level, in fact—because the basic musical idea passes between players and develops so quickly throughout the orchestra,” he said.

“The best music making in all acoustic styles, for me, has something of this quality—the establishment of trust and the freedom that ensues to self-express in collaboration with others.”

This trust between performers allows the unimpeded flow of energy among the musicians and then out to the audience. Ribchester believes it’s important to get the energy across to the audience. Then they, too, can join in the visceral experience, and are touched at a deep level.

Thus classical music, by touching people at a primal level, by transcending individual nations, achieves both breadth and depth in its impact.

In our series “The Classics: Looking Back, Looking Forward,” practitioners involved in the classical arts tell us why they think the texts, forms, and methods of the classics are worth keeping and why they continue to look to the past for that which inspires and speaks to us. For the full series, see ept.ms/LookingAtClassics