The Balancing Act of the Beautiful

Benjamin JohnsonLast updated Aug 31, 2020Page Views 45
Share
Gustave Moreau was a 19th-century symbolist painter in France. The symbolists believed that the art of the 18th century was too scientific and had discarded spirituality from its subject matter and execution. 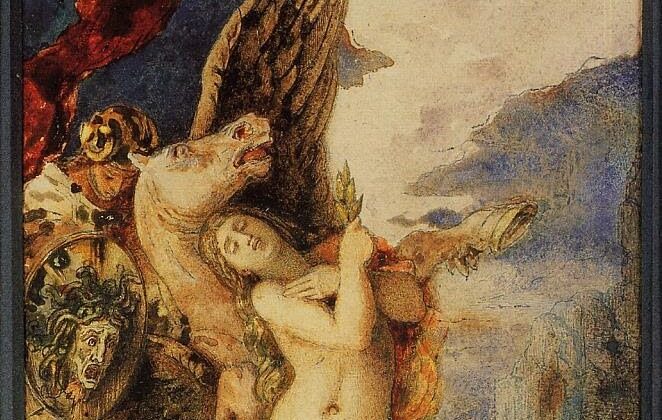 Reaching Within: What traditional art offers the heart

Gustave Moreau was a 19th-century symbolist painter in France. The symbolists believed that the art of the 18th century was too scientific and had discarded spirituality from its subject matter and execution.

Artists also found themselves competing with the newly invented camera. Instead of only reproducing reality like a camera would or ignoring the spiritual as earlier artists had, the symbolists set out to create suprasensible imagery by attempting to synthesize the content of their souls with representations of the natural world.

According to the website National Museum of Gustav Moreau, “Moreau wanted to create a body of work where, in his own words, the soul could find: all the aspirations of dreams, tenderness, love, enthusiasm and religious ascent towards the higher spheres, where everything in it is elevated, inspiring, moral and beneficent; where all is imaginative and impulsive soaring off into sacred, unknown, mysterious lands.”

Moreau believed this kind of painting to be “the language of God! One day the eloquence of this silent art will be appreciated. I have lavished all my care and endeavor on this eloquence, whose character, nature and spiritual power have never been satisfactorily defined.”

Moreau’s appreciation for the spirit of painting caused him to deeply study the painters of the past. He went to Italy and studied works by Renaissance artists Leonardo da Vinci, Raphael, Michelangelo, and others. He took the knowledge he gained from studying these masters and set out to reinvigorate painting by infusing his own spirit into it.

Around 1867, Moreau began painting “Perseus and Andromeda,” based on a Greek myth about beauty, love, and courage.

Andromeda was a beautiful princess whose mother angered the gods when she said that Andromeda was more beautiful than the Nereid sea nymphs. Poseidon sent a sea monster to punish Andromeda for this blasphemy.

Perseus, on his way after slaying the monster Medusa, saw the sea monster attacking Andromeda. He was captivated by Andromeda’s beauty and wanted to rescue her. He flew to the sea monster on his horse, Pegasus, and revealed Medusa’s head to it. The sea monster looked into Medusa’s eyes and turned to stone.

Thus, Perseus saved Andromeda from the monster, and they are later married. The goddess Athena promised Andromeda a place in the sky as a constellation.

The Balance of Beauty

Moreau depicts the moment Perseus sweeps down on Pegasus to save Andromeda. Andromeda’s left foot is chained to a rock, and the sea monster threatens her from below. Perseus points Medusa’s head toward the sea monster to turn it to stone.

Moreau organized the picture plane with higher contrast and energy on the left side. The right side is left almost empty, and the area where the two rocks meet at the bottom of the right side serve as an arrow that draws our attention to the tail of the sea monster.

The head of the sea monster points directly at Andromeda who, as the focal point, takes up the center of the composition. She covers herself modestly, and her body possesses an elegant curve.

For the Love of Beauty

Why is the left side of the picture plane full of life and the right side practically empty? Why does Moreau depict Andromeda as the focal point? Why does Pegasus appear as if he is in distress?

For me, the difference in the right and left sides of the composition represents balance. The symbolists were suggesting that the art of the 18th century was unbalanced and became too scientific. Art needs spirit and emotion too. It could also be that beauty itself occurs through balance: When nothing can be added or subtracted, there we may find beauty.

Is the beauty in our own souls contingent on the balance of our spirit and emotions? Maybe this is why Andromeda—whom I see as the symbolic personification of beauty and therefore of balance—is the focal point and in the middle of the busy left side and empty right side. Here, beauty is modest, elegant, and even calm despite the surrounding danger. Beauty bends and flows with its environment.

In contrast, I see the sea monster below as symbolic of ugliness and distress. Does ugliness occur within us when we are unbalanced? There’s always a danger of ugliness overwhelming the beautiful in our lives when emotions based on unsatisfied desires become extreme.

Perseus protects beauty by turning ugliness into stone. If ugliness consists of extreme emotions and unsatisfied desire, then turning them to stone stops their effect. Is the act of looking deep into ourselves in search of our own ugliness enough to turn it to stone? Can we overcome the ugliness that threatens the beauty in our souls by acknowledging it and hardening our resolve against it?

I think Pegasus represents this difficult and repeating task, which is why he appears distressed. It’s as if Moreau is suggesting that saving and upholding the beautiful will be a bumpy ride toward balance. Who among us is up for the challenge?

Art has an incredible ability to point to what can’t be seen so that we may ask “What does this mean for me and for everyone who sees it?” “How has it influenced the past and how might it influence the future?” “What does it suggest about the human experience?” These are some of the questions I explore in my series Reaching Within: What Traditional Art Offers the Heart.

Eric Bess is a practicing representational artist. He is currently a doctoral student at the Institute for Doctoral Studies in the Visual Arts (IDSVA). 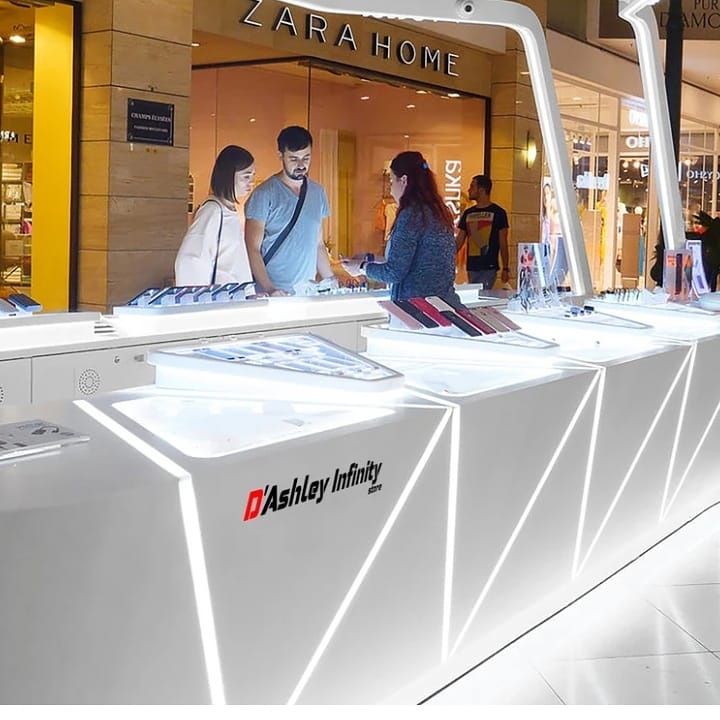 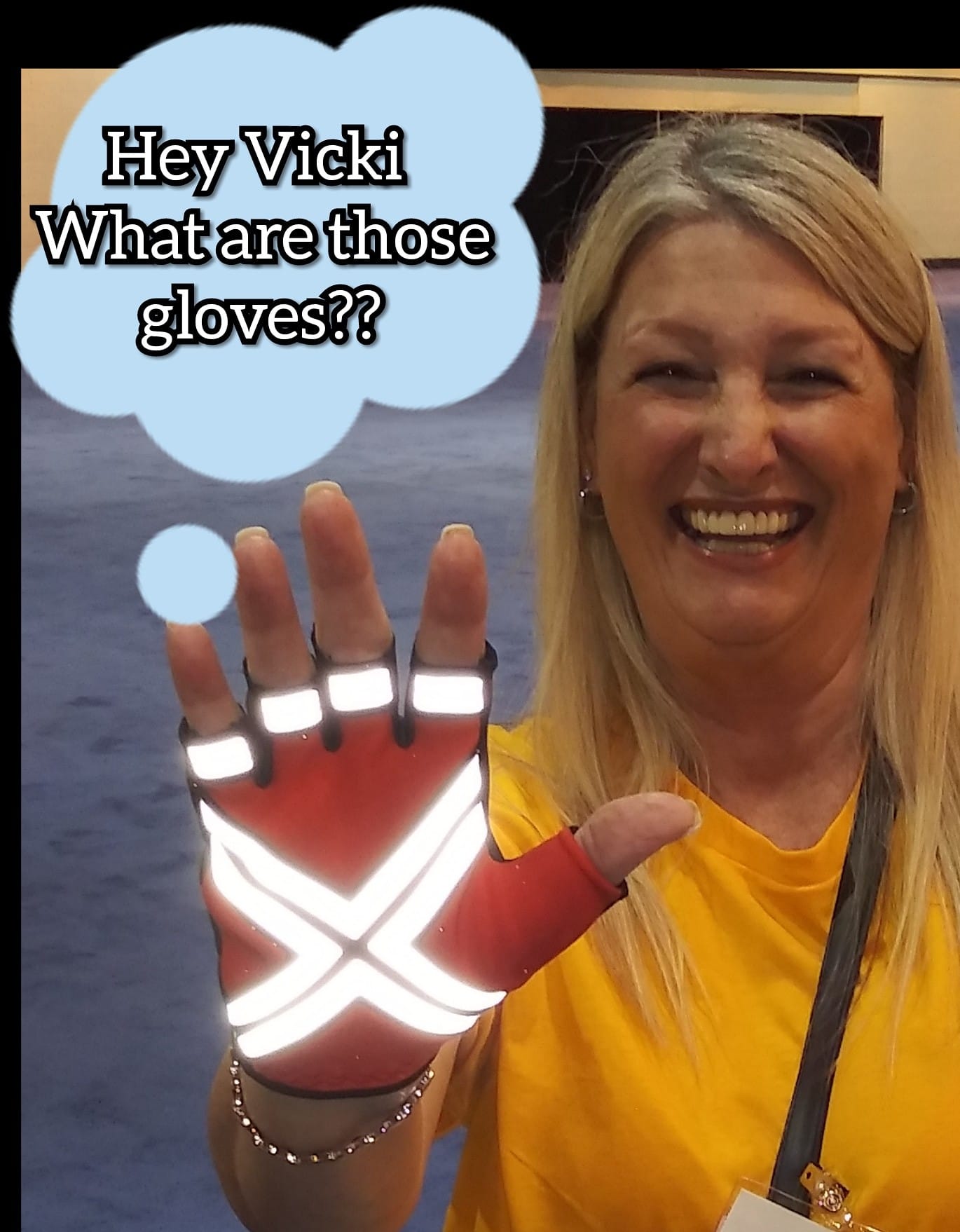 What is she wearing?