ccaffeinatedLast updated Jun 20, 2020Page Views 28
Share
Do you know all of the reasons coffee is truly amazing? 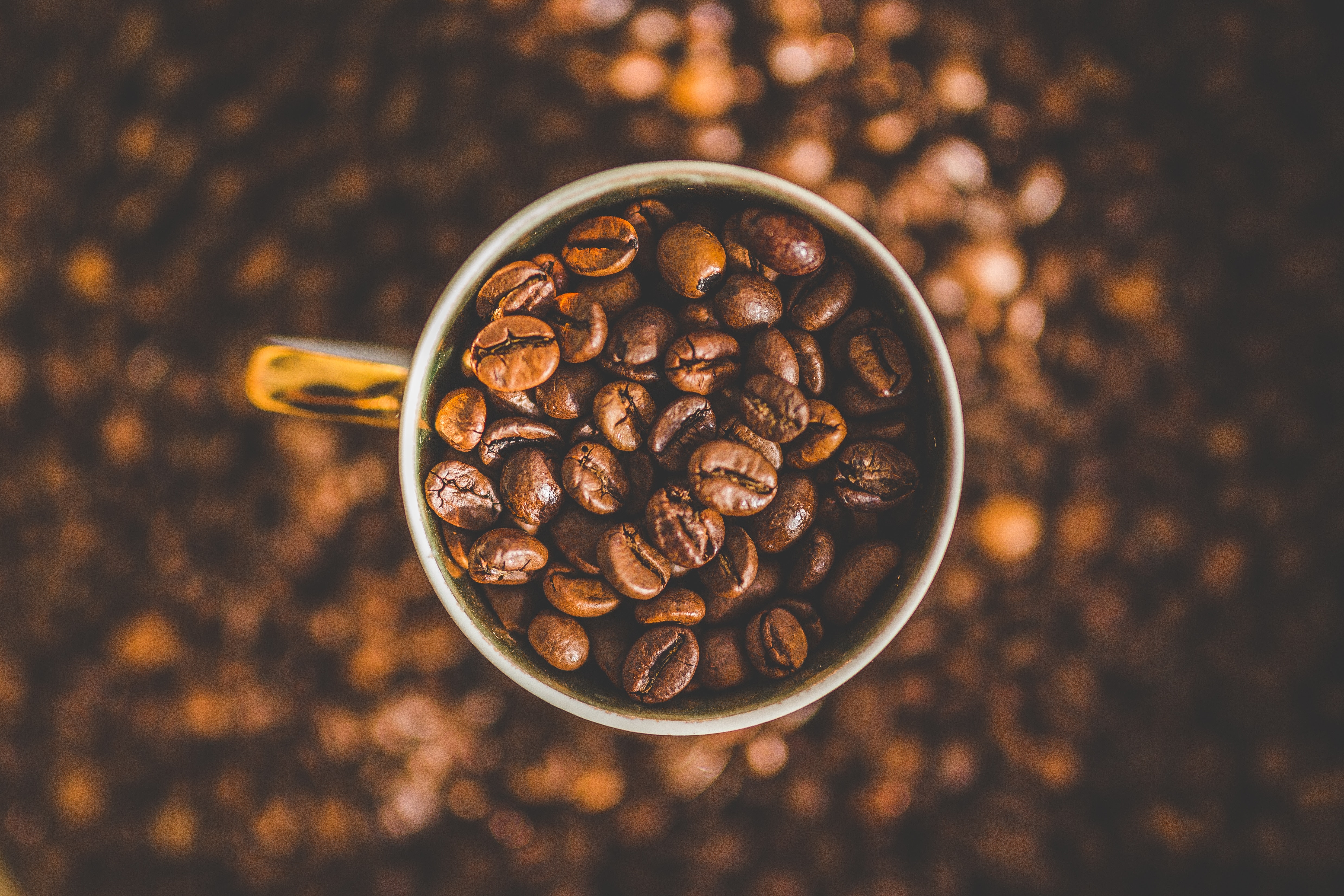 Coffee is undoubtedly one of the most favorite beverages in the world. In fact, a fresh cup of brewed coffee is enjoyed by millions of people all across the world. Given its repute, coffee has also been termed as the favorite drink of the entire civilized world.

There is no denying the fact that coffee is amazing. The aroma of freshly-brewed coffee is simply too intoxicating. The first sip and the overall taste are simply mesmerizing. If you love your mug of coffee so much, would you not like to know more about it? For your interest, we have summed up a list of the top fun facts about coffee that you would like to know. Here are some:

If we go back in time, we will realize that coffee is not just a drink or beverage. It is, in fact, much more than just being a drink. In the past, people used to gather in houses for sharing a cup of coffee and exchanging information.

In various European countries and North America, there are several leading coffee chains that tend to dominate the market. This is due to the fact that they are known for providing a complete experience to the customers while offering coffee.

In Italy, espresso machine and espresso were originated. Soon enough, they made it to the favorite list of the whole-day beverage amongst the Italians. Moreover, there are some countries like Brazil or Colombia wherein the entire economy is dependent on coffee production.

#Coffee was Discovered by a Shepherd in Ethiopia

While the exact source of origin or discovery of coffee is still unclear, the legends believe that coffee and its stimulating effects were firstly discovered by a goat herder. He accidentally found that his goats became more alert and energetic after they grazed upon berries from a particular tree. He went on to pass on his respective findings to some abbot in the region.

The abbot made a drink out of the berries and drank the same. He observed that the drink was responsible for keeping him alert and energetic throughout his evening prayers. Soon enough, the knowledge about the particular berry was spread around to other monks and people.

#There is the Presence of 3 Distinct Coffee Waves

One can say that there are three distinct coffee trends or waves that the world has encountered in the modern era. The different waves or trends have been useful in defining the way in which people all around the world tend to drink coffee.

During the first wave, coffee was regarded as a cheap, affordable commodity wherein every flavor of coffee tasted pretty much the same. The second wave of coffee was characterized by the advent of the popular coffee shops that added sweet flavorings along with other customizations for adding great value to the beverage. The base roast, during this phase, was regarded as a blend that remains consistent in the overall flavor.

The third trend of coffee was when this beverage became a high-end specialty product with a distinct story, an origin, and amazing flavors –with each flavor telling a story. Even roasting has nowadays become a trend or an art that helps in unlocking the untried flavors of the precisely-cultivated and carefully-sourced coffee beans.

For instance, around two ounces of espresso (double shot) is known to contain around 80 milligrams of caffeine in comparison to the 12 ounces of a cup of brewed coffee containing around 120 milligrams of coffee.

#Two Variants of Coffee in the Commercial Market –Robusta & Arabica

When you tend to explore the variety of coffee available out there in the commercial market, you will typically come across two variants –Robusta & Arabica.

Robusta can be perceived as a low-quality variant of coffee. It is known to be characterized by the presence of neutral and harsh taste along with featuring a higher content of caffeine. On the other hand, Arabica coffee beans are known to vary in the overall taste characteristics while yielding highly nuanced flavors. However, it is quite difficult to cultivate Arabica coffee.

Brazil, in coffee production, is followed by other coffee-harvesting countries like Vietnam and Colombia.

#Finland is the Leading Coffee-Consuming Country in the World

It is believed that in Finland, around 12 kgs per coffee capita are consumed every year. Therefore, this makes Finland the largest consumer of coffee in the world. After Finland, other countries like Norway and Iceland are ranked when it comes to consuming coffee in the entire world. As per the given list, the United States is known to rank at the 26th position.

It might be a surprising fact that even with the presence of highly mechanized and efficient methods of coffee production in leading producing countries like Brazil & Vietnam, a majority of coffee supply in the world is made possible with the help of around 80 percent of small-holder farmers or cultivators in the world.

Producing coffee is a labor-intensive task. Therefore, the entire set of processes including drying, harvesting, fermenting, and so more are completed by hand. To achieve the best-ever coffee, the entire range of processes is executed with great care and attention-to-detail.

Coffee is known to be a natural stimulant and rich in antioxidants and other healthy nutrients like potassium, magnesium, and riboflavin. This is the reason why coffee is famous for offering a wide range of health benefits to the consumers. As per research, it is observed that coffee can yield a wide range of potential health benefits –including boosting the metabolism rate, boosting the energy levels, and increasing the potential for effective fat burning in the body.

At the same time, some of the additional health benefits of consuming coffee can be reducing the overall risk of developing type-2 diabetes, specific types of cancer, Alzheimer’s Disease, and so more.

Going by the name as “Kopi Luwak” or the cat poop coffee, the most expensive coffee in the world is known to follow a unique process of production. In the given production process, the coffee beans are digested by a civet cat –a cat-like animal that remains indigenous to Indonesia. The farmers later on collect the feces by the cat. Then, the same is properly washed, dried, separated, stored, and then roasted.

When the civet consumes the coffee, the digestion process is known to follow. In the given digestion process, the pulp and cherry of the coffee get digested. However, the coffee beans are known to remain intact while undergoing the unique fermentation process. This is why the Kopi Luwak coffee is characterized by its distinctive flavor. It is the most expensive coffee in the world –with a single cup going up to $100 in some cases.

#Coffee Beans are the Seeds of the Coffee Fruit

While they appear like beans, still coffee beans are actually seeds of the coffee fruit. The part that is actually brewed and roasted is the seed of the fruit –coffee cherry. Around 95 percent of the total coffee cherries is known to feature two coffee beans inside every cherry –sitting side by side. There are some coffee cherries that feature just a single bean in the center. Such cherries are referred to as “peaberries.” Peaberries are believed to be sweeter and intensely flavorful.

#The Lighter is the Roast, the More Caffeine You can Expect

As the golden rule in the coffee industry, it is believed that the lighter the coffee beans are, the more caffeine they are known to contain. Therefore, a lighter roast is assured to wake you up early in the morning or allow you to carry the lull throughout the afternoon more effectively. Depending on the type of coffee you use, you can reach out for a drip coffee or a cold brew on specific groggy mornings. It is going to contain more caffeine to allow you to become alert and energetic instantly.

Make the most of your favorite coffee mug to enjoy your sips!