BrandscoveryLast updated Aug 17, 2019Page Views 130
Share
First, East met West and chinoiserie was born. Then, a certain cabinet found its way to the philanthropist and designer, Ann Getty. The rest is history. What does one gift a woman who has...

First, East met West and chinoiserie was born. Then, a certain cabinet found its way to the philanthropist and designer, Ann Getty. The rest is history.

What does one gift a woman who has everything? Over 30 years ago, John Paul Getty, the American petroleum magnate, gave Ann Getty, his daughter-in-law, an exquisite cabinet in the style of chinoiserie. His choice was far-sighted indeed. Since being gifted that rare cabinet, Mrs. Getty has become one of the most discerning and generous collectors of chinoiserie furniture and decor this side of the Atlantic.

Ann Getty is a philanthropist, traveler, designer, decorator, artist, grandmother and connoisseur. She grew up with two brothers, playing and working among peach and walnut orchards on her family’s property in California’s Sacramento Valley. The self-sufficiency required of her, and the skills she collected along the way—painting, sewing, knitting, driving tractors—gave her a robust education in what it means to create something, and the work needed to render it beautiful.

“Chinoiserie” means ‘Chinese-esque’ in French, and refers to the influence of Oriental design on European art, architecture, and interior decorating beginning in the 17th century when Chinese objects arrived in the West for the first time in history. Classic depictions include tea-drinking and calligraphy sessions under a laing ting or Chinese gazebo set beside a pond, and fishermen contemplating nature.

Chinoiserie is a form of art that arose from the “whimsical European interpretation of the Chinese aesthetic, brought about by a fascination with the exotic,” Mrs. Getty says. Asian dragons, for example, were the epitome of the strange and wonderful in European’s eyes. Whether or not they realized the dragon was a powerful symbol of the emperor, or that the peach was a symbol of the God of Long Life, craftsmen started painting, carving and enamelling those and other exotic shapes onto their artistic goods. 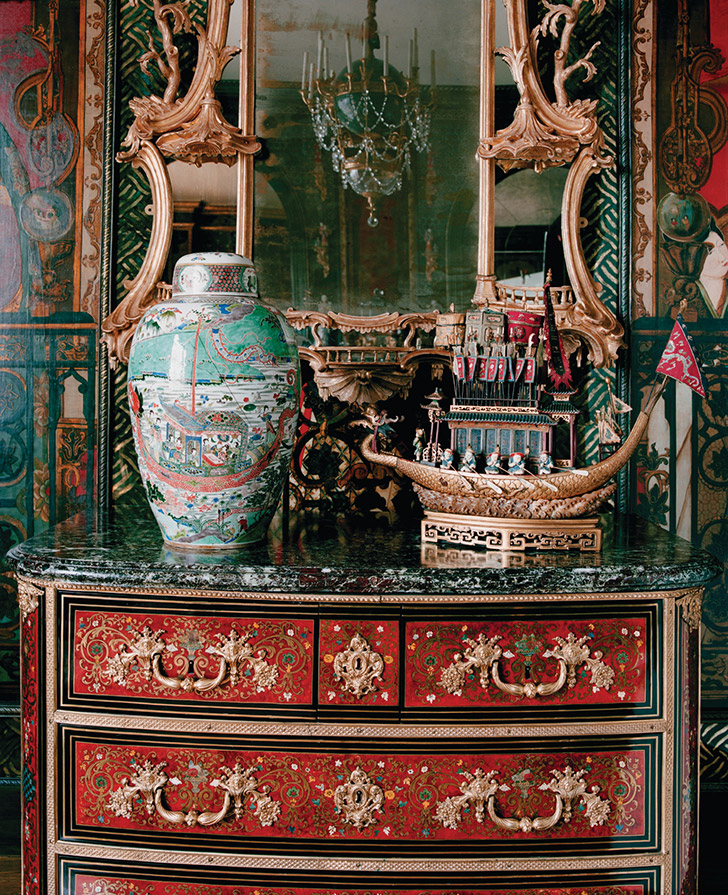 One such item, the German Baroque white and blue-lacquered cabinet that J. Paul Getty gave her, sits on a stand in her bedroom, among her other favourites.

Its delicate, fairy-tale aesthetic led her to explore further: she soon happened upon a Coromandel screen, with its dark lacquer and inlaid decoratives. “I like to use Coromandel screens in my designs as they are themselves works of art, and add rich texture to a room,” Mrs. Getty says.

After years touring Europe where she visited the finest historical furniture collections, and after a close study of the principles of design, she opened Ann Getty & Associates, an exclusive interior design and furnishings business. She works closely with clients, creating special, individualized interiors that meld their lifestyle and personality into the final product.

Over the years, Mrs. Getty has built a collection of chinoiserie art and furniture that is the envy of major museums.

In 2006, the Asian Art Museum in San Francisco organized a chinoiserie exhibition titled “A Curious Affair: The Fascination between East and West” that was drawn largely from her collection.

Among her most prized pieces is a pair of Badminton chairs. They were designed by William and John Linnell circa 1754 for the Chinese bedroom in Badminton House, a large country manor in Gloucestershire, England. It has a fabled and extensive collection of furniture after the chinoiserie style.

“William and John Linnell are responsible for some of the most important examples of chinoiserie furniture,” Mrs. Getty notes, “but Chippendale and Giles Grendey were [18th century] masters as well.” Thomas Chippendale was a London cabinet-maker who produced a variety of furniture with brilliant Chinese-style latticework and Oriental twists, while Grendey made his name with a collection of vibrant, red japanned furniture supplied to the Duke of Infantado, at the Castle of Lazcano, Spain.

But Mrs. Getty’s favorite piece of chinoiserie sits in the dining room of her country house: a reverse glass painted cabinet made in England around the year 1760. Bright-coloured birds sit among blooming cherry blossoms while peonies reach up to the figures in the paintings as they stand, appearing to contemplate their delicate and serene surroundings. While it isn’t the most significant piece in her collection, she thinks it particularly beautiful. “I love the reverse glass mirror paintings that cover the upper section of the breakfront… the mirror paintings are a wonderful example of the chinoiserie style.”

While not everyone has the pleasure of owning such outstanding chinoiserie, Mrs. Getty makes it available through her Ann Getty House furniture line. “I choose most of the pieces in our showrooms from the favorite pieces in my own collection. The pieces are superb examples by some of the greatest furniture makers.” She takes them to her workrooms where precise, side-by-side reproductions are made and sold to discerning aesthetes.

The budding collector of original chinoiserie would do well to visit auction houses, Mrs. Getty says. Though chinoiserie items appear on the market only sporadically, the diligent treasure hunter will flourish.

Travelling to China is another option: Mrs. Getty often voyages to Jingdezhen, a town in Jiangxi Province that has a millennia-old tradition of producing porcelain. “We meet with artisans who produce beautiful reproductions of Chinese export porcelain from the 18th and 19th centuries. I have even asked them to reproduce some of the favorite pieces in my collection and these are now available in our showrooms.”

Other sources of inspiration for Mrs. Getty’s designs come from the joy of travel itself. “Travel is very inspirational.  When you are out of your home environment you look at things with a fresh eye. When I travel I get a new perspective on things. I find inspiration in the architecture of the buildings, the art in the museums, what people are wearing, and even the difference in the quality of light.”

Chinoiserie first rose in Europe so many centuries ago, but as an aesthetic choice, it is again having its day in the sun. “When I first started collecting chinoiserie it was bit more rarified, and now it is much more mainstream,” Mrs. Getty says. “Today you can find pieces that incorporate chinoiserie elements but that have been pared down to create a clean, fresh look that still honors their whimsical roots.”

Designers are now a global community that can pick and choose among the styles and aesthetics they adopt for a given room and client. “This multicultural perspective makes for a more interesting approach to the design of a room,” Mrs. Getty says.

“I think that the future trend will turn towards the more traditional,” she adds. “It is always fun to mix styles. Adding more traditional chinoiserie elements into a modern setting creates some tension and makes the room more interesting.”

“Chinoiserie is the perfect example of bringing the exotic into the design of a space which creates a more worldly, sophisticated interior.” 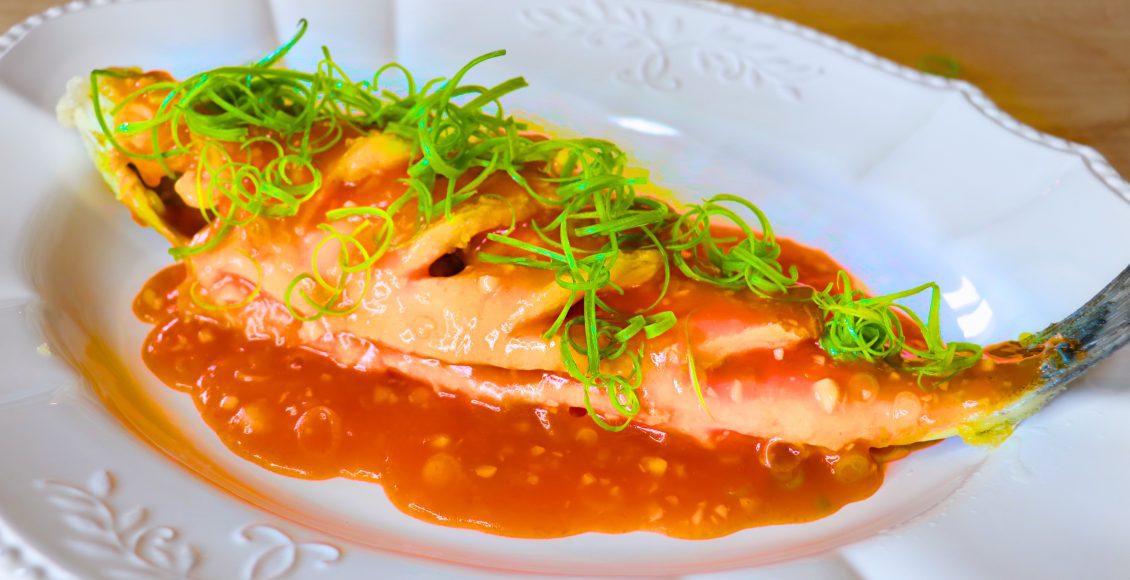 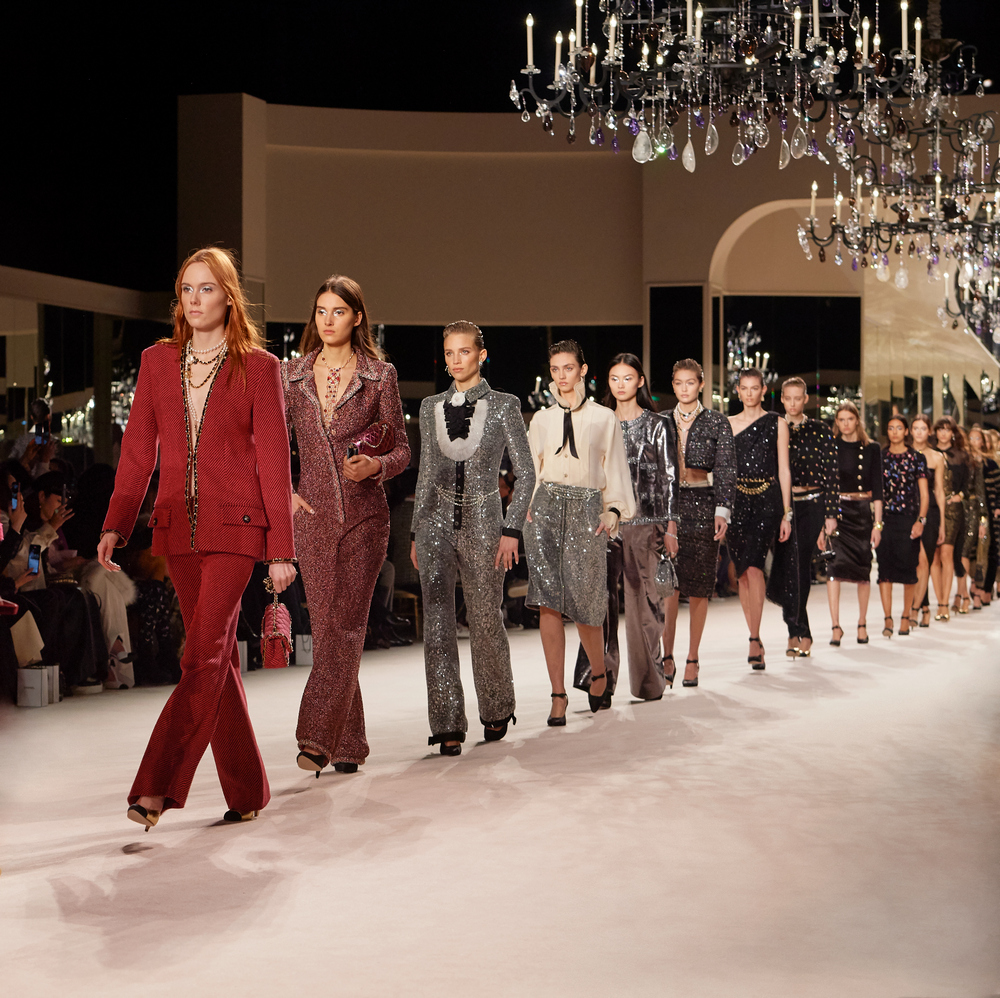 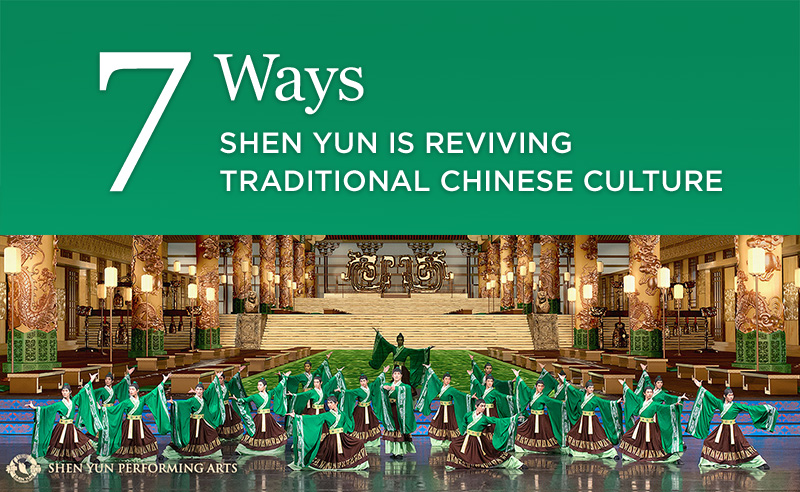 How to Layer a Bodycon for a Little Discretion

Rembrandt’s Inner Life At The Met. Now Through... 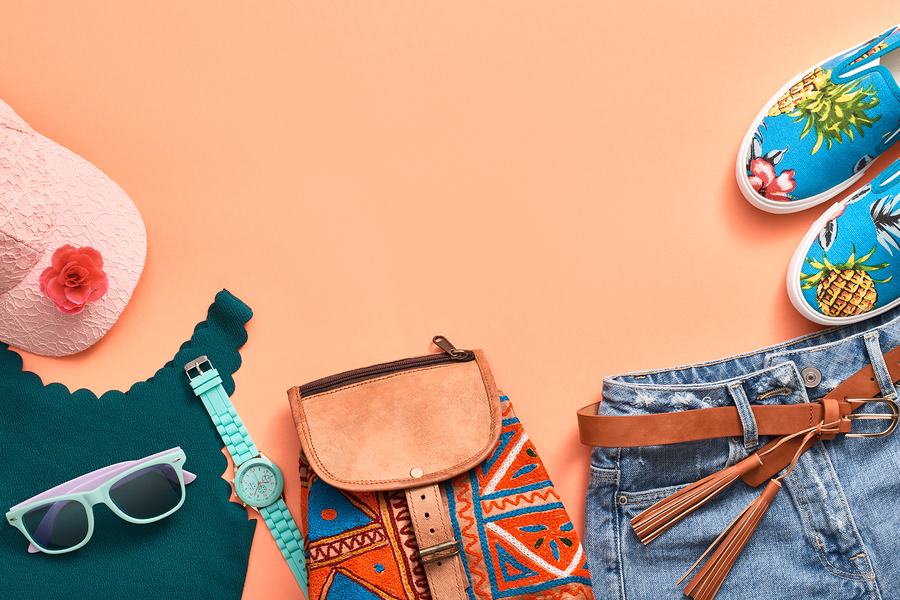 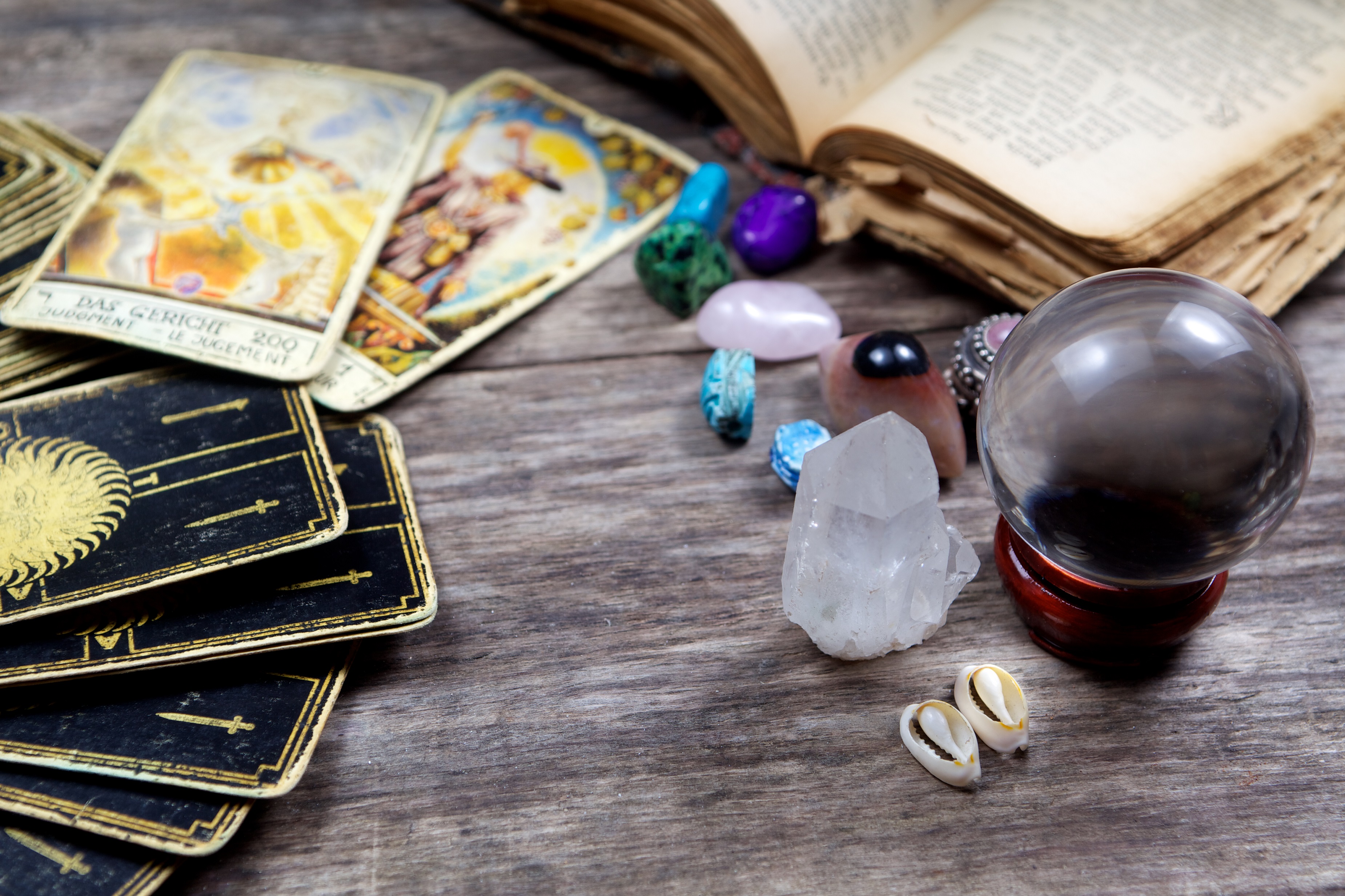 How Witchcraft Changed My Life