BrandscoveryLast updated Apr 13, 2018Page Views 1
Share
Views expressed in this article are the opinions of the author and do not necessarily reflect the views of The Epoch Times. 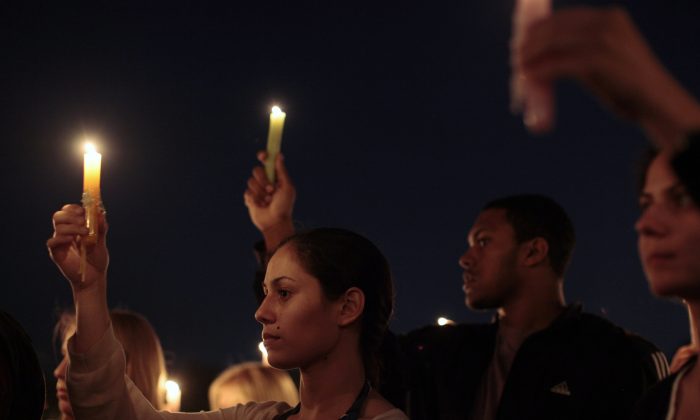 Leadership is critical from law enforcement, private security professionals, government officials, property managers, and all who are responsible for safeguarding individuals entrusted to their care.

Each and every person privileged to call America home must also be vigilant, and always aware of their surroundings.

Violence is the new reality of American life and companies, schools, campuses, houses of worship, and public gatherings throughout the nation are potential targets.

Oct. 1, 2017—58 killed and almost 500 injured when a deranged gunman opens fire from the 32nd floor of the Mandalay Bay Resort and Casino in Las Vegas, Nevada.  Gunfire was sprayed for approximately ten to fifteen minutes upon a crown of about 22,000 concertgoers.

June 12, 2016—49 killed and over 50 wounded when a gunman opens fire inside the Pulse nightclub in Orlando, Florida.

April 16, 2007—32 students and faculty killed and numerous others injured at Virginia Tech in Blacksburg, Virginia.

Nov. 5, 2017—25 people as well as an unborn child were shot dead, and twenty others wounded inside a small church in Sutherland Springs, Texas.

July 18, 1984—21 adults and children are killed inside a McDonald’s in San Ysidro, California.

Aug. 1, 1966—18 are killed including an unborn child and at least 30 are wounded at the University of Texas in Austin.  The shooter also killed his wife and mother earlier in the day.

Dec. 2, 2015—14 are killed by a married couple during a holiday season employee gathering at Inland Regional Center in San Bernardino, California.

Throughout my career, I have conducted hundreds of walkthroughs at sites to assess security.  After many of these walkthroughs, my responsibility was to develop post orders for security personnel, action plans, and emergency contact information.

Despite the importance of these procedures for protecting life and property, the deficiencies at many sites were often conspicuous.

The possibility of an emergency is always a reality, whether it be man-made or natural, and leadership must always be built of the pillars of dedication, competence, and discipline.

Continuous active shooter tragedies remind us that incidents can happen any place and any time.

There are steps that can be taken to prevent the threat.

The proactive mindset of preparedness includes the mantra, “If you see something, say something.”  It also involves knowing plans at schools, campuses, houses of worship, and workplaces.  Leadership must also ensure training, plans, and drills are implemented if they do not exist.

Situational awareness is also critical as one must always know exits whenever visiting facilities, malls, theaters, or public places.

According to FEMA, there are three options for survival during an incident which are as follows:

RUN. Getting away from the shooter or shooters is the top priority. Leave your things behind and run

away. If safe to do so, warn others nearby. Call 911 when you are safe. Describe each shooter, their

HIDE. If you can’t get away safely, find a place to hide. Get out of the shooter’s view and stay very

quiet. Silence your electronic devices and make sure they won’t vibrate. Lock and block doors, close

blinds, and turn off the lights. Don’t hide in groups— spread out along walls or hide separately to make

it more difficult for the shooter. Try to communicate with police silently—like through text messages or

by putting a sign in an exterior window. Stay in place until law enforcement gives you the all clear.

FIGHT. Your last resort when you are in immediate danger is to defend yourself. Commit to your actions

and act aggressively to stop the shooter. Ambushing the shooter together with makeshift weapons such

as chairs, fire extinguishers, scissors, and books can distract and disarm the shooter.

During and after an incident it is always essential to follow the instructions of law enforcement.  First-Aid classes can also be taken to learn skills that can save lives.

America’s flag continues to fly at half-staff too often due to violent rampages against the innocent.

Leadership must inspire vigilance and collaboration to prevent violence.  We must have the determination, commitment, and courage to protect ourselves and others.

These pillars must be inseparable from securing our communities against mass shooting tragedies and essential reawakening the nation.

Vincent J. Bove, CPP, is a national speaker and author on issues critical to America. Bove is a recipient of the FBI Director’s Community Leadership Award for combating crime and violence and is a former confidant of the New York Yankees. His newest book is “Listen to Their Cries.” For more information, see www.vincentbove.com