BrandscoveryLast updated Jan 31, 2020Page Views 231
Share
KRAPPERUP, Sweden—Realism and figurative art runs like a common thread through the art of painting, going back to masters like Michelangelo, Rembrandt, Velázquez, Caravaggio, Goya, and Zorn—even all the way back to the cave paintings of our ancestors, tens of thousands of years ago. This summer, two of Scandinavia’s finest oil painters were featured in … 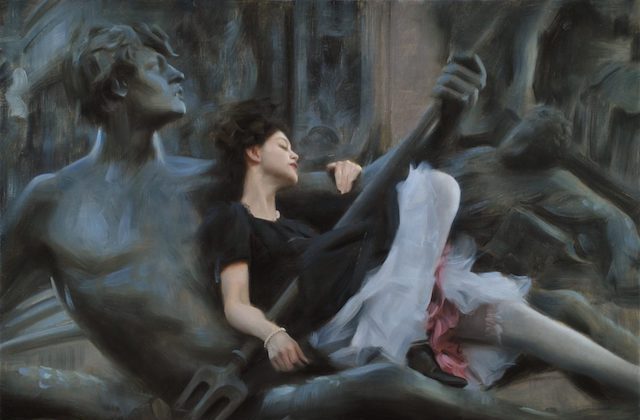 KRAPPERUP, Sweden—Realism and figurative art runs like a common thread through the art of painting, going back to masters like Michelangelo, Rembrandt, Velázquez, Caravaggio, Goya, and Zorn—even all the way back to the cave paintings of our ancestors, tens of thousands of years ago.

This summer, two of Scandinavia’s finest oil painters were featured in an exhibition in Krapperup, Sweden, alongside a classical sculptor, on the theme “It’s about us.” The three artists all work with figurative narratives, yet the works of painters Nick Alm and Odd Nerdrum, and sculptor Maud Lewenhaupt du Jeu tell different stories about the human condition.

The paintings of Swedish artist Nick Alm bring the internationally renowned Swedish painter Anders Zorn (1860–1920) to mind as a natural reference. Alm has the same clarity in his representations and seems similarly unconstrained by his medium.

One of Alm’s paintings at the exhibition is a large watercolor of a young woman in front of an oak tree in a damp, snowy winter landscape. How Alm has managed to produce the deepest black in the woman’s coat may seem beyond comprehension for the medium of watercolor. He simply says that he “put a whole lot of paint in there.”

“Most people work with lighter values in watercolors,” Alm says. “But I want to get the whole value scale into the watercolor, so that creates more of an oil painting feel, with more punch.”

Alm had an international breakthrough in 2013, when his painting “Two Lovers” won in the figurative painting category at the international Art Renewal Center salon. This particular painting was featured in reproduction at the Krapperup exhibition, alongside several other previous works.

Alm is otherwise perhaps best known for his dreamlike bacchanals, featuring beautiful, young people around tables with white cloths. Their drunken antics may seem crude and shallow, but there is a deep gravity just below the surface. In a note describing Alm’s work in the exhibition’s catalog, fellow artist Odd Nerdrum suggests these scenes may depict a kind of purgatory, where all souls awake to reality.

From that perspective, Nick Alm’s cinematic narrations can be seen as a kind of modern-day history painting, that most prestigious of painting genres, depicting a moment in a narrative story. Crafting a harmonic single image out of a dozen people interacting with each other is a daunting task, but Alm makes it look easy.

In the painting “Café Scene,” a central piece at the Krapperup exhibition, the light falls on a happy young lady at the back of the room. She raises her glass in a toast, seemingly unperturbed by the fact that a man is carrying her off across his shoulder through the crowd of solemn, withdrawn people. Some of them give her a casual over-the-shoulder glance, but apart from that, only you, the viewer, appear to pay her any attention. There seems to be a disparity between the lady making the toast and the rest of the guests as to what is actually going on in the room.

The painting is filled with exquisite details. The viewer’s eye moves in a spiral motion from the lady being carried off, down across the face of a centrally placed figure, to the bare shoulder of the woman in blue, and to the light that falls on the coffee cup on the table. The woman in blue is holding a wineglass.

Alm is a master of depicting hands and of hands holding glasses: the hand that holds the glass on the front right, in the dim light; the woman drinking her wine just above. At the far left is a man with a comb-over, just about to have a sip of red wine. Just like the rest of the figures at the back, he is slightly dissolved into the rough, gray background.

Initially, these figures were going to be even more dissolved, Alm says, but he changed his mind several times during the work. This particular painting was quite a long-winded process, he says.

“I made three different figures of that one,” he says, indicating the aforementioned man sipping wine. ”At first, he was looking at [the lady making the toast].”

In the final version, he comes across as possibly the most aloof of all the guests.

Alm finds inspiration in the works of other artists, movies, or books, but his themes often come to him when he’s simply walking around. He might see a particular cast of light or an event that catches his eye, or an arm being put around someone in a certain way.

His modus operandi is intuitive: “Usually, you make a little doodle, and suddenly there’s an abstract form,” he says. “That makes you think, ‘Oh, that’s a good place for two people interacting.’ And then it just builds from there; you don’t know how it happened.”

About the origin of the café scene, he says: “This one is completely made up. It’s from my own imagination. I used one model at a time. There was never even a table. It’s all made up.”

The somewhat uneasy atmosphere in the café painting is nowhere to be found in the painting hanging next to it. The sun is shining on a girl’s face, through the window. She is lying on a bed, fully dressed, with her arms above her head, a half figure.

Alm works a lot with contrasts—light and darkness, warm and cold colors—to make his pictures lively and dynamic.

The way they are cropped also creates tension. One example is “Hall 8,” a Caravaggio-esque chiaroscuro, in which the main action seems to be unfolding just outside of the frame. The fact that we don’t know what is happening—Are there more people in the room? Are they having a conversation? Are they watching television?—intensifies our experience of the mood of the man in the doorway.

A similar tension can be found in “Hall 9,” where a girl in a chilly foreground is facing out of the picture, while the viewer’s eye is drawn to the window at the far end, where a warm and quiet scene is unfolding.

Nick Alm is trained at the Florence Academy of Art in Florence, Italy, and Molndal, Sweden. But he was also taught privately by Odd Nerdrum. The prominent Norwegian painter has been an important influence.

Nerdrum paints large canvases; the largest at the exhibition is over 11 feet by 6 feet. His characters exist in a parallel universe, outside of time.

Alm says that Nerdrum takes elements out of reality and creates a fantasy world of his own.

“He plays around with objects, colors, and shapes in a completely different way [than artists focused on realism],” he says.

At the opening of the exhibition, Nerdrum was represented by his son Ode, who talked about how people have lost their religion. The role of religion in society used to be to appeal to people’s morality; without it, people are left to their own devices. Artists used to look for subjects in the Bible, or in myths, but few are using these sources today.

Odd Nerdrum’s themes are religious, Ode Nerdrum says, but not biblical. The artist is creating his own myths, depicting man’s vulnerabilities.

Nerdrum works in a limited palette: black, white, red, and yellow, the so-called Apelles palette used by artists like Rembrandt and Zorn. After half a century as an artist, he has developed a masterful technique and has become the face of traditional oil painting in the Nordic countries.

The third artist featured at the exhibition was Maud Lewenhaupt du Jeu, whose small bronze sculptures are intimate in both size and subject. They are all roughly 10 inches high.

Lewenhaupt du Jeu is at her best when she lets her figures interact. The solo pieces are beautifully crafted as well, but the interacting couples are irresistible. The viewer is drawn into a warm bubble with a child and his dog, or a mother and her child, and the background noise seems to fade away; her sculptures have a harmonizing effect on the room.

Lewenhaupt du Jeu is mostly interested in relations. She depicts scenes from memory. A sculpture must be complete in your head before you start, she says, which makes memory very important.

”I draw from models a lot,” she says. “That’s my ‘yoga,’ my workout; I do it every week. What remains in my head is what moves me, plain and simple, and that’s what will eventually become a sculpture. If it doesn’t move me, it won’t become a sculpture. That is my only criteria.”

“I want to bring out the tenderness. Or in this case, the calm,” she adds, indicating a nude female figure.

There are several sculptures of a young boy with a dog in different constellations. He is the artist’s grandson.

“There is such confidence there. He loved that dog as a child. That’s what I want to bring out,” she says. 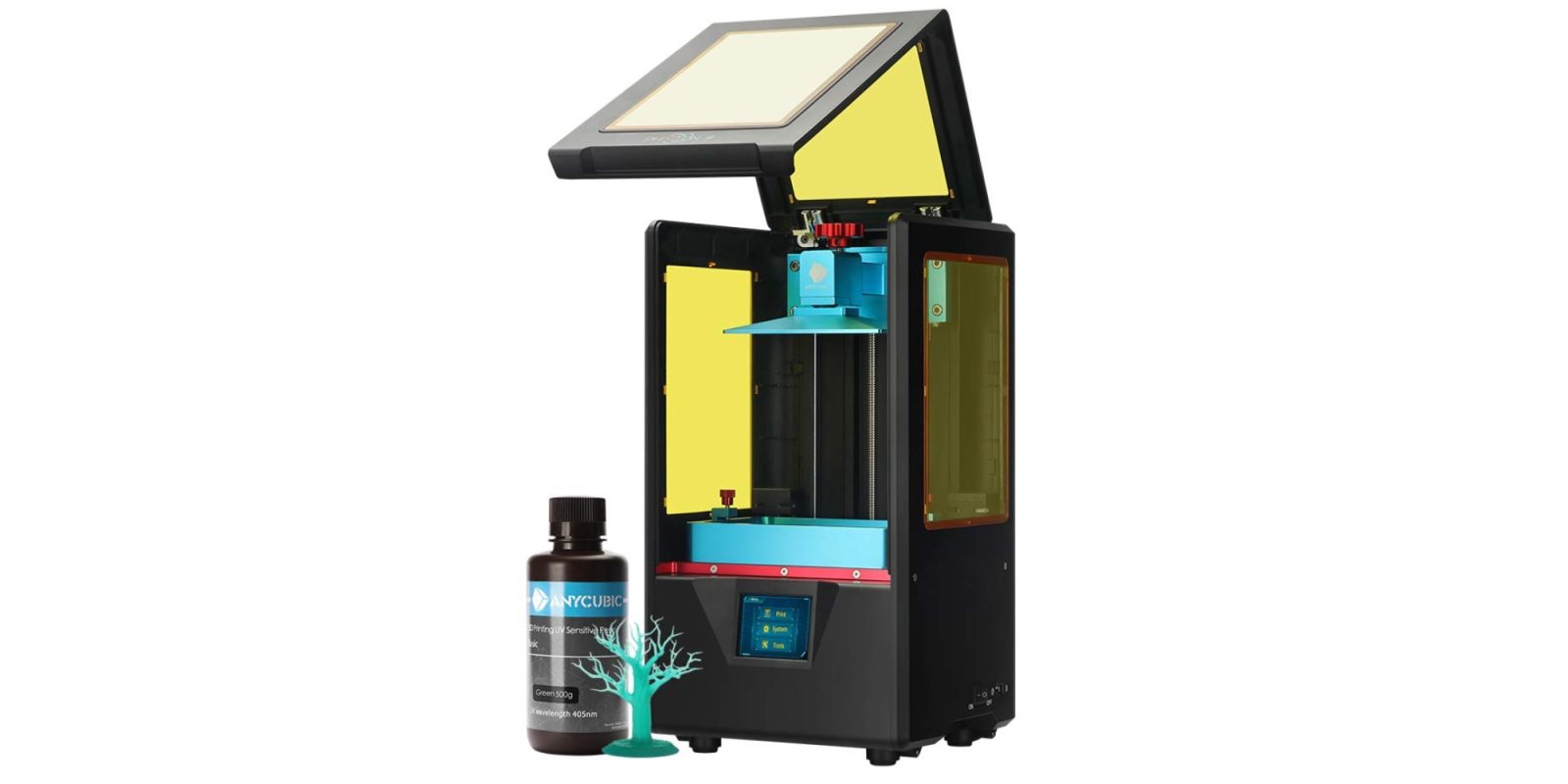 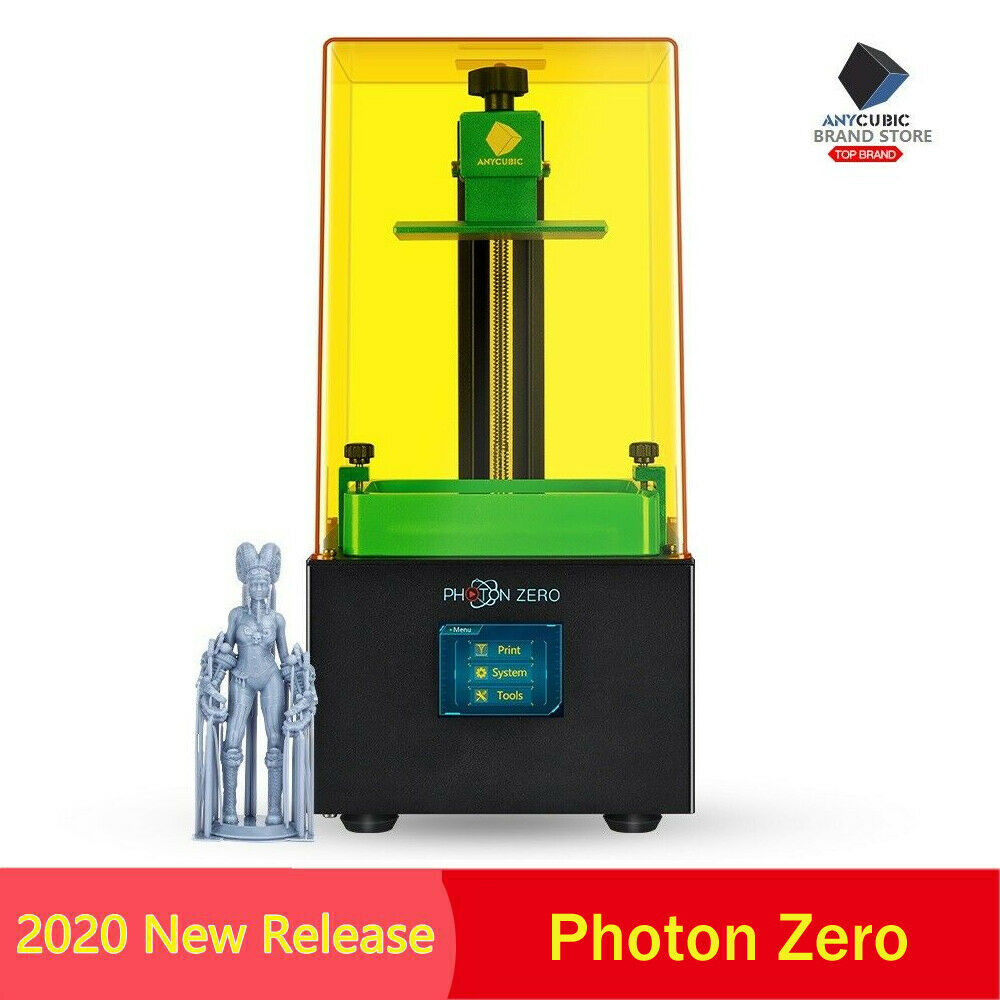