BrandscoveryLast updated May 05, 2018Page Views 6
Share
Scientists have discovered a completely new type of opal formed by a common seaweed that harnesses natural technology by self-assembling a nanostructure of oil droplets to control how light reflects from its cells to display a shimmering array of colors… 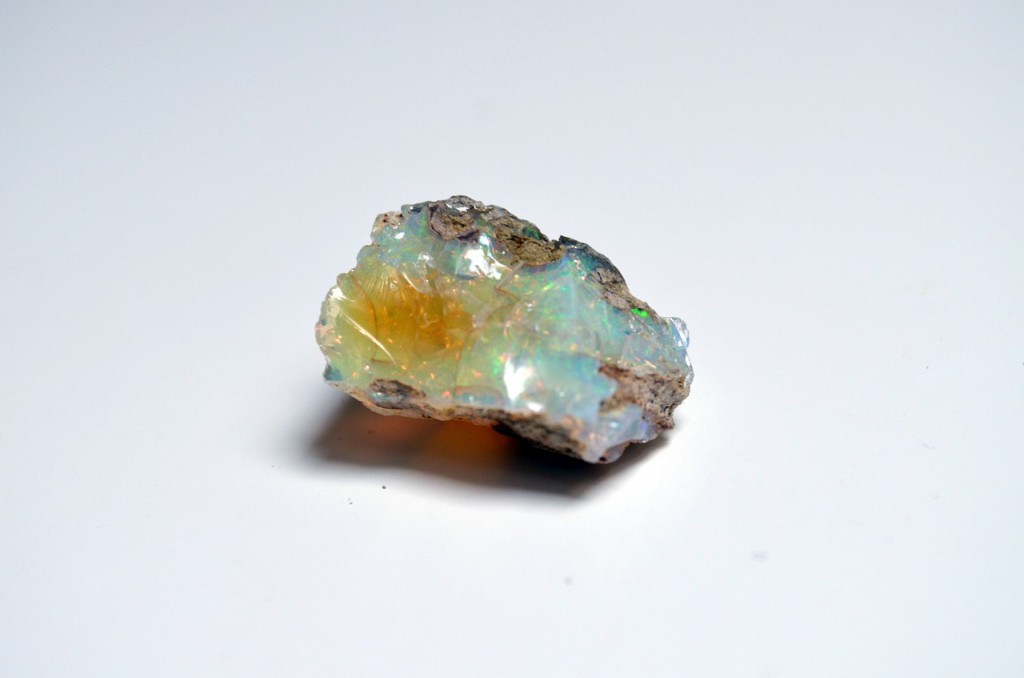 Scientists have discovered a completely new type of opal formed by a common seaweed that harnesses natural technology by self-assembling a nanostructure of oil droplets to control how light reflects from its cells to display a shimmering array of colors that, until now, has only been seen in the gemstone.

The findings, published in Science Advances and led by Drs. Heather Whitney and Ruth Oulton from the University of Bristol, show that the bright blue and green iridescent sheen from the brown algae seaweed, also known as “rainbow wrack” (Cystoseira tamariscifolia) and commonly found throughout the European coastal region, including the UK, arises from a complex nanostructure that controls how light reflects from its cells containing chloroplasts. 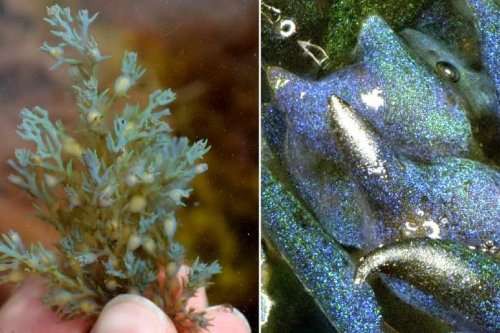 Even more remarkable is how these seaweeds can switch this self-assembly on and off, creating changing opals that react to the changing sunlight in tidal rock pools.

Such structures arise from nanosized spheres packed tightly in a regular way and are known to optics experts to reflect different colors from incoming white light into different directions.

These types of structures are also seen naturally in gemstone opals, which comprise a nanostructure of tiny spheres of glass formed within hard stone deep below the Earth’s surface that naturally pack together in such a way that they diffract light into different directions, giving the opal it’s well-known opalescence.

Dr. Ruth Oulton, Professor Martin Cryan, and Dr. Martin Lopez-Garcia (now at the International Iberian Nanotechnology Institute, Portugal), all experts in nano-optics in Bristol’s School of Physics and Department of Electrical Engineering, discovered that these natural “living” opals form not from glass, but from tiny oil droplets made by the seaweed.

In a process unknown to present nanotechnology, the seaweed’s chloroplast-containing cells (which aid photosynthesis) self-assemble the oil droplets into a regular packing.

Surprisingly, these seaweeds can switch this self-assembly on and off, creating changing opals that react to the changing sunlight in tidal rock pools. Even more remarkable is how the seaweed performs the dynamic self-assembly, over a timescale of just hours, and is a true mystery to the research team.

“The formation of opals from oil droplets is a completely new discovery. If nanotechnologists were able to understand and mimic the dynamic properties of this seaweed opal, we may in the future have biodegradable, switchable display technology that may be used in packaging or very efficient, low cost solar cells.”

Nathan Masters, a PhD student in the Schools of Physics and Biological Sciences at Bristol, discovered that by shining light onto the seaweed, the iridescence disappeared, but when kept in almost dark conditions, the blue-green sheen reappeared.

By imaging the seaweed at a sub-nanoscale level, the team discovered that the seaweed was switching on and off the self-assembly, going from a disordered, unreflective state to an ordered, opalescent one. But most surprising to the research team was that the opal is dynamic.

Why the seaweed does this remains to be proven, but Drs. Heather Whitney and Heath O’Brien, who carried out the work while at Bristol’s School of Biological Sciences (now at Cardiff University), believe that because the opals sit in the same part of the cell as the chloroplasts — the light energy harvesting bodies of the organism — they are likely to be controlling the light levels, scattering the light evenly to all the available chloroplasts inside the cell.

This may help the seaweed cope with different light levels during high and low tide. Dr. Ruth Oulton, Reader in Quantum Photonics in the School of Physics and Department of Electrical and Electronic Engineering, added:

“So next time you’re rock pooling in the UK during your summer holidays, see if you can find this amazing seaweed with its nano-manufacturing technology.”

Provided by: University of Bristol [Note: Materials may be edited for content and length.]