Is Earth’s Magnetic Field Really About to Reverse?

BrandscoveryLast updated May 08, 2018Page Views 12
Share
A study of the most recent near-reversals of the Earth’s magnetic field by an international team of researchers, including the University of Liverpool, has found it is unlikely that such an event will take place anytime soon. There has been… 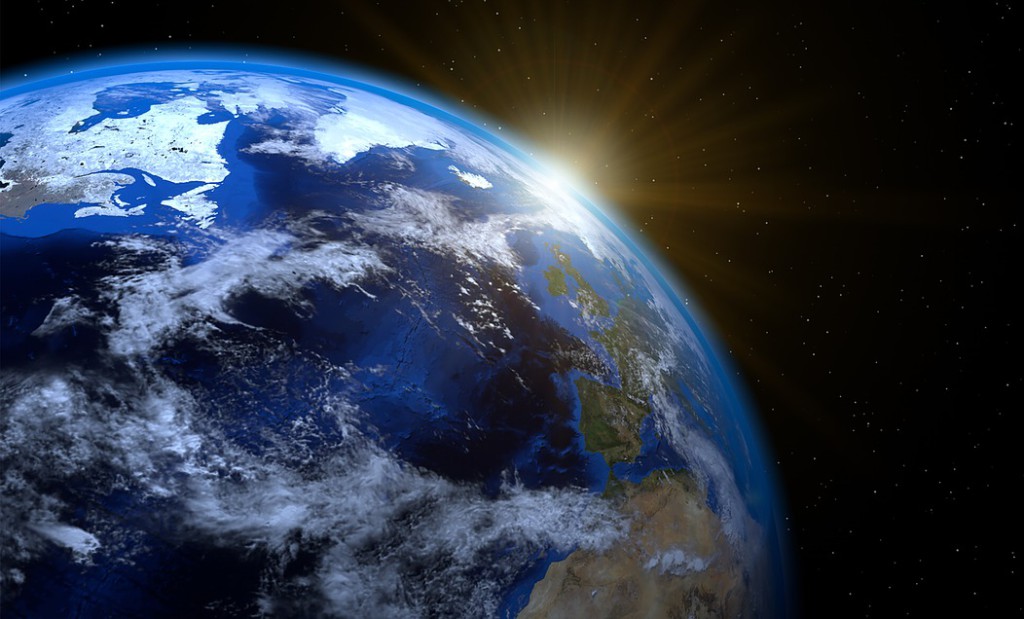 A study of the most recent near-reversals of the Earth’s magnetic field by an international team of researchers, including the University of Liverpool, has found it is unlikely that such an event will take place anytime soon.

There has been speculation that the Earth’s geomagnetic fields may be about to reverse, with substantial implications, due to a weakening of the magnetic field over at least  the last 200 years, combined with the expansion of an identified weak area in the Earth’s magnetic field called the South Atlantic Anomaly, which stretches from Chile to Zimbabwe.

In a paper published in the Proceedings of the National Academy of Sciences, a team of international researchers modeled observations of the geomagnetic field of the two most recent geomagnetic excursion events, the Laschamp, approximately 41,000 years ago, and Mono Lake, around 34,000 years ago, where the field came close to reversing ,but recovered its original structure. 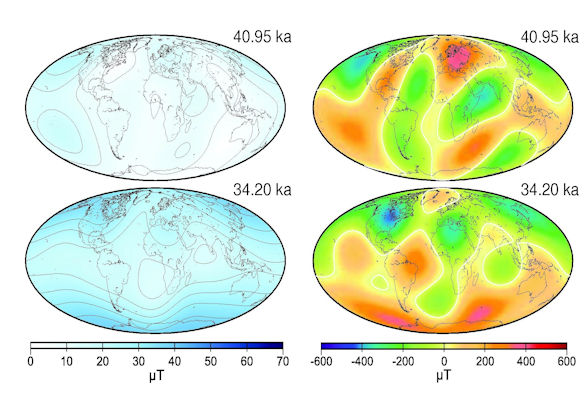 The model reveals field structures comparable to the current geomagnetic field at both approximately 49,000 and 46,000 years ago, with an intensity structure similar to, but much stronger than, today’s South Atlantic Anomaly (SAA); their timing and severity is confirmed by records of cosmogenic nuclides.

However, neither of these SAA-like fields developed into an excursion or reversal, Richard Holme, Professor of Geomagnetism at the University of Liverpool, said:

“There has been speculation that we are about to experience a magnetic polar reversal or excursion.

“However, by studying the two most recent excursion events, we show that neither bear resemblance to current changes in the geomagnetic field and therefore it is probably unlikely that such an event is about to happen.

“Our research suggests instead that the current weakened field will recover without such an extreme event, and therefore is unlikely to reverse.”

Called a geomagnetic reversal, the last time this happened was 780,000 years ago. However, geomagnetic excursions, where the field comes close to reversing but recovers its original structure, have occurred more recently.

It is generated deep within the Earth in a fluid outer core of iron, nickel, and other metals that creates electric currents, which in turn produce magnetic fields.

Provided by: University of Liverpool [Note: Materials may be edited for content and length.]

The post Is Earth’s Magnetic Field Really About to Reverse? appeared first on Vision Times.