New Insight Into How Giant’s Causeway Was Formed

BrandscoveryLast updated May 11, 2018Page Views 19
Share
A new study by geoscientists at the University of Liverpool has identified the temperature at which cooling magma cracks to form geometric columns such as those found at the Giant’s Causeway in Northern Ireland. Geometric columns occur in many types… 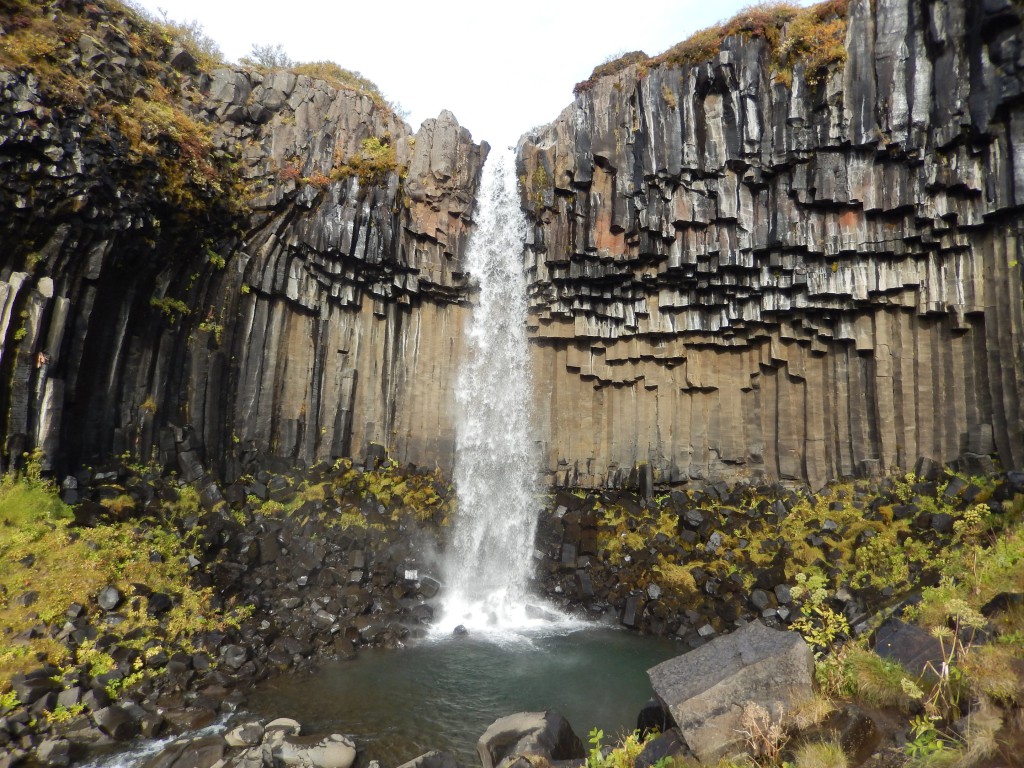 A new study by geoscientists at the University of Liverpool has identified the temperature at which cooling magma cracks to form geometric columns such as those found at the Giant’s Causeway in Northern Ireland.

Geometric columns occur in many types of volcanic rocks and form as the rock cools and contracts, resulting in a regular array of polygonal prisms or columns.

Columnar joints are among the most amazing geological features on Earth, and in many areas, including the Giant’s Causeway, they have inspired mythologies and legends.

One of the most enduring and intriguing questions facing geologists is the temperature at which cooling magma forms these columnar joints.

Liverpool geoscientists undertook a research study to find out how hot the rocks were when they cracked open to form these spectacular stepping stones.

In a paper published in Nature Communications, researchers and students at the University’s School of Environmental Sciences designed a new type of experiment to show how as magma cools, it contracts and accumulates stress, until it cracks.

The study was performed on basaltic columns from Eyjafjallajökull volcano, Iceland. They designed a novel apparatus to permit cooling lava, gripped in a press, to contract and crack to form a column.

These new experiments demonstrated that the rocks fracture when they cool about 90°-140°C below the temperature at which magma crystallizes into a rock, which is about 980°C for basalts. 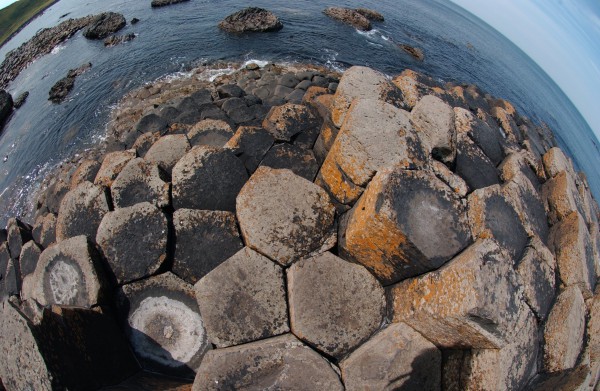 These new experiments demonstrated that the rocks fracture when they cool about 90°-140°C below the temperature at which magma crystallizes into a rock, which is about 980°C for basalts. (Credit: University of Liverpool)

This means that columnar joints exposed in basaltic rocks, as observed at the Giant’s Causeway and Devils Postpile (USA), among others, were formed around 840-890°C, Yan Lavallée, Liverpool Professor of Volcanology who headed the research, said:

“The temperature at which magma cools to form these columnar joints is a question that has fascinated the world of geology for a very long time. We have been wanting to know whether the temperature of the lava that causes the fractures was hot, warm or cold.

“I have spent over a decade pondering how to address this question and construct the right experiment to find the answer to this question. Now, with this study, we have found that the answer is hot, but after it solidified.”

Dr. Anthony Lamur, for whom this work formed part of his doctoral study, added:

“These experiments were technically very challenging, but they clearly demonstrate the power and significance of thermal contraction on the evolution of cooling rocks and the development of fractures.”

Dr. Jackie Kendrick, a post-doctoral researcher in the group, said:

“Knowing the point at which cooling magma fractures is critical, as — beyond leading to the incision of this stunning geometrical feature — it initiates fluid circulation in the fracture network.

“Fluid flow controls heat transfer in volcanic systems, which can be harnessed for geothermal energy production. So the findings have tremendous applications for both volcanology and geothermal research.”

Understanding how cooling magma and rocks contract and fracture is central to understand the stability of volcanic constructs, as well as how heat is transferred in the Earth, Professor Lavallée added:

“The findings shed light on the enigmatic observations of coolant loss made by Icelandic engineers as they drilled into hot volcanic rocks in excess of 800°C; the loss of coolant in this environment was not anticipated, but our study suggests that substantial contraction of such hot rocks would have opened wide fractures that drained away the cooling slurry from the borehole.

“Now that we know this, we can revisit our drilling strategy and further our quest for the new development of magma energy sources.”

Provided by: University of Liverpool  [Note: Materials may be edited for content and length.]

The post New Insight Into How Giant’s Causeway Was Formed appeared first on Vision Times.