Benjamin JohnsonLast updated May 15, 2018Page Views 28
Share
A new study analyzing behavior patterns of people across China suggests that the traditional interdependent rice-farming culture of southern China has resulted in today’s residents — even city dwellers far removed from farming — being more interdependent and less controlling over their… 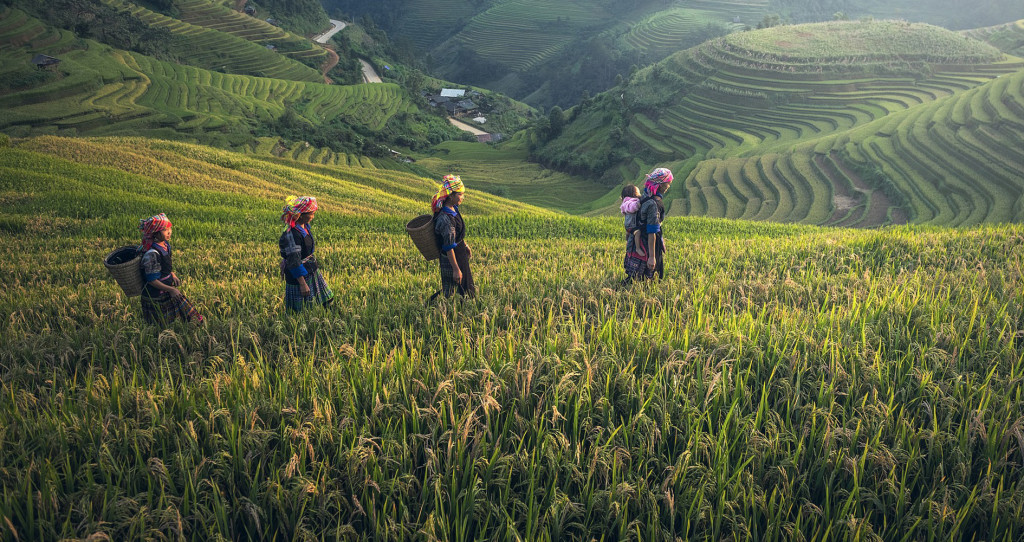 A new study analyzing behavior patterns of people across China suggests that the traditional interdependent rice-farming culture of southern China has resulted in today’s residents — even city dwellers far removed from farming — being more interdependent and less controlling over their environment compared to their countrymen who hail from the more independent wheat-farming culture of northern China.

Talhelm observed 8,964 people sitting in Starbucks cafés in six cities all across China and found that people in cities in southern China were less likely to be sitting alone.

The idea behind the study stems from differences in how crops are farmed. Traditional rice farmers from southern China had to share labor and coordinate irrigation in a way that most northern China wheat farmers did not, thus making them more interdependent and more enmeshed in navigating social relationships, rather than free to act independently,Talhelm said:

“I think people in China have long had a sense that northerners behave differently from southerners.

“This study suggests a reason why — rice farming — and that those differences are surviving into the modern age.”

In a second study, researchers moved chairs together in cafés so that they were partially blocking the aisles. The study found that people in northern China were more likely to move the chairs out of the way, which is consistent with the findings that people in these individualistic cultures are more likely to try to exert control over the environment.

This fits with the everyday reality of wheat farming, in which farmers were more independent from their neighbors than in rice villages. On the other hand, people in southern China were more likely to adjust themselves to the environment by squeezing through the chairs in these cafés. 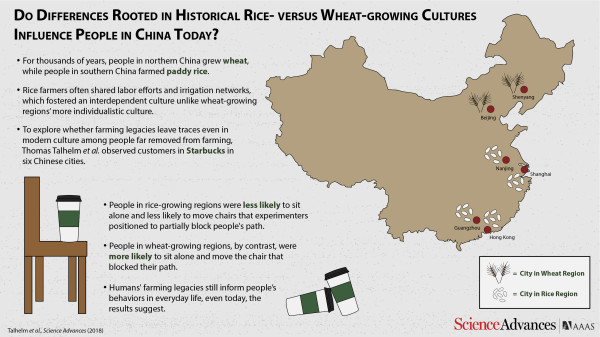 Talhelm became interested in studying the cultural differences between southern and northern China when he was living in Guangzhou, which is in the south.

“I noticed little things in people’s behavior there (in the south), like people seemed nervous if they accidentally bumped into me in the grocery store. It seemed like people were reserved, focused on avoiding conflict.

“Then I moved up to Beijing and the north, and I quickly saw that being reserved was certainly not part of the Beijing way of conducting oneself.”

Even in China’s most modern cities like Beijing and Shanghai, rice-wheat differences in farming patterns live on today in everyday life in terms of different behavior of southern and northern residents, Talhelm concluded. 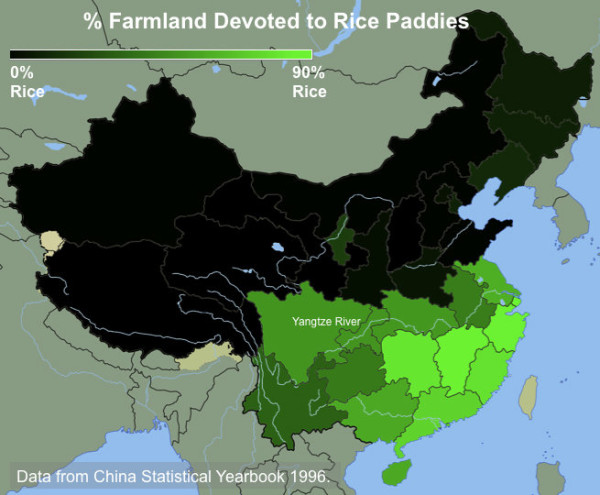 The percentage of cultivated land devoted to rice paddies in provinces across China. Southern China has traditionally farmed rice, while northern China has farmed wheat and other dryland crops like millet. (Credit: Thomas Talhelm)

Provided by: University of Chicago [Note: Materials may be edited for content and length.] 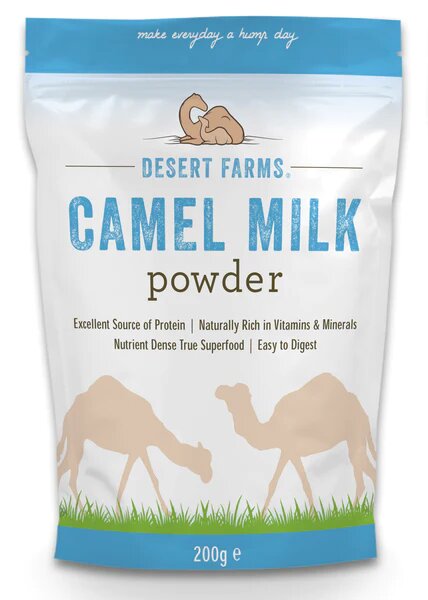