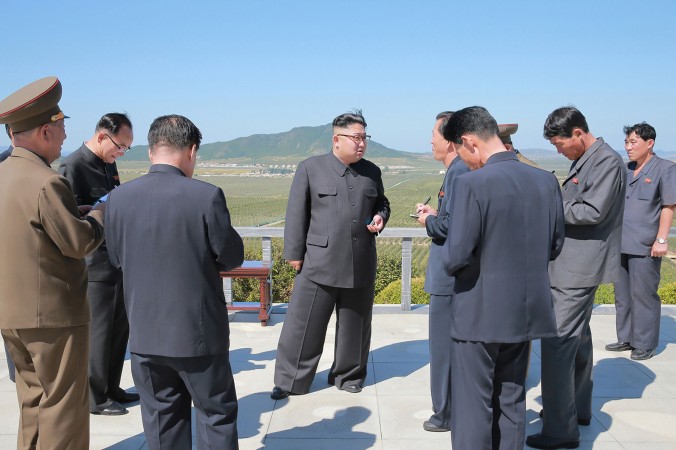 Kim did not specify what action he would take against the United States or Trump.

South Korea said it was the first direct statement of its kind by a North Korean leader. However, Kim’s foreign minister, Ri Yong Ho, said North Korea could consider a hydrogen bomb test of an unprecedented scale over the Pacific Ocean. Ri told reporters in New York he did not know Kim’s exact thoughts.

Japan, the only country ever to suffer an atomic attack, described the threat as “totally unacceptable”. 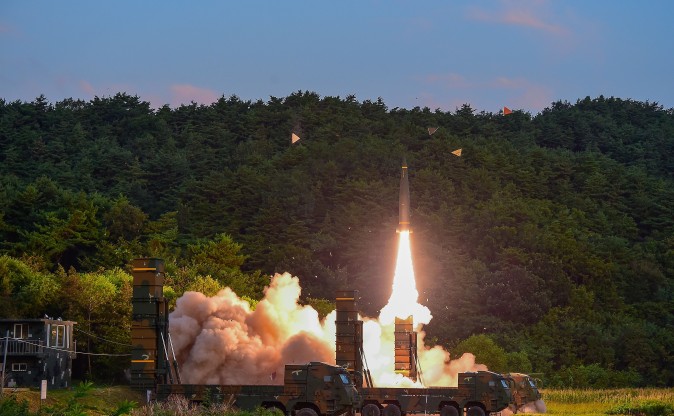 The U.S. president, who has not shrunk from fighting fire with fire in his rhetoric on North Korea, sent another message Friday on Twitter.

“Kim Jong Un of North Korea, who is obviously a madman who doesn’t mind starving or killing his people, will be tested like never before,” Trump said, a day after announcing additional sanctions on Pyongyang.

Trump said in his first address to the United Nations on Tuesday he would “totally destroy” North Korea, a country of 26 million people, if it threatened the United States and its allies, and called Kim a “rocket man” on a suicide mission.

Kim said the North would consider the “highest level of hard-line countermeasure in history” against the United States and that Trump’s comments had confirmed his own nuclear program was “the correct path”.

Pyongyang conducted its sixth and largest nuclear test on Sept. 3 and has launched dozens of missiles this year as it accelerates a program aimed at enabling it to target the United States with a nuclear-tipped missile.

Asked about the North Korean hydrogen bomb threat, Secretary of State Rex Tillerson told ABC that diplomatic efforts will continue but all military options were still on the table.

“We are quite challenged” with the escalating rhetoric, he said, but hoped increased sanctions and “voices from every corner of the world” would help lead Kim to talks.

In a separate report, KCNA made a rare criticism of official Chinese media, saying their comments on the North’s nuclear program had damaged ties and suggested Beijing, its only major ally, had sided with Washington.

Singling out the official People’s Daily and its more nationalistic sister publication, the Global Times, KCNA said Chinese media was “openly resorting to interference in the internal affairs of another country” and driving a wedge between the two countries.

At the United Nations, Secretary-General Antonio Guterres called for statesmanship to avoid “sleepwalking” into a war.

“All relevant sides should exercise restraint and dedicate themselves to easing the situation rather than irritating each other,” said Lu Kang, China’s foreign ministry spokesman.

However, the rhetoric was starting to rattle some in the international community. French Sports Minister Laura Flessel said France’s team would not travel to the 2018 Winter Olympic Games in South Korea if its security could not be guaranteed.

]The 2018 Games are to be staged in Pyeongchang, just 80 km (50 miles) from the demilitarized zone between North and South Korea, the world’s most heavily armed border.

Asian stocks fell, and the Japanese yen and Swiss franc gained, on the possibility of a hydrogen bomb test in the Pacific. [MKTS/GLOB]

MSCI’s broadest index of Asia-Pacific shares outside Japan handed back earlier gains and was down 0.4 percent.

Asked about the order on Friday, China’s foreign ministry spokesman Lu Kang said, “As far as I understand, the situation you have just mentioned does not accord with the facts.

“In principle, China has always fully and strictly enforced U.N. resolutions and accepted our international obligations”.

He did not elaborate. Chinese government ministries generally do not offer comment on decisions taken by other government departments. The additional sanctions on Pyongyang, including on its shipping and trade networks, showed Trump was giving more time for economic pressure to weigh on North Korea after warning about the possibility of military action on Tuesday.

Asked before a lunch meeting Thursday with the leaders of Japan and South Korea if diplomacy was still possible, Trump nodded and said, “Why not?”

It “will cut off sources of revenue that fund North Korea’s efforts to develop the deadliest weapons known to humankind”, Trump said.

The White House said North Korea’s energy, medical, mining, textiles, and transport industries were among those targeted and that the U.S. Treasury could sanction anyone who owns, controls or operates a port of entry in North Korea.

The new measures do not target Pyongyang’s oil trade.

U.S. Treasury Secretary Steven Mnuchin said banks doing business in North Korea would not be allowed to operate in the United States.

“Foreign financial institutions are now on notice that going forward they can choose to do business with the United States or with North Korea, but not both,” Mnuchin said.

The U.N. Security Council has unanimously imposed nine rounds of sanctions on North Korea since 2006, the latest this month capping fuel supplies to the isolated state.

The United States and South Korea are technically still at war with North Korea because the 1950-53 Korean conflict ended with a truce and not a peace treaty.

The North accuses the United States, which has 28,500troops in South Korea, of planning to invade and regularly threatens to destroy it and its Asian allies.