Man Saves Woman From Burning Car, Shields Her From Explosion, They Become Friends

BrandscoveryLast updated Sep 22, 2017Page Views 22
Share
They say we should never meet our heroes, “but if they are as wonderful as Sergeant Hinkle then I highly recommend it!” said Brandy Guin. The 28-year-old mother of two said it’s... 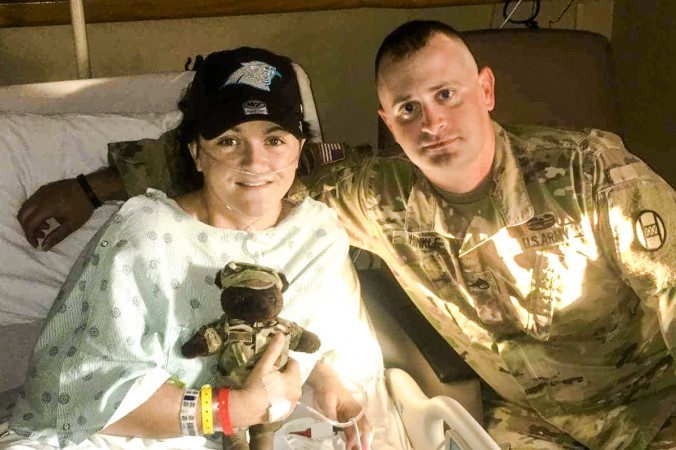 They say we should never meet our heroes, “but if they are as wonderful as Sergeant Hinkle then I highly recommend it!” said Brandy Guin.

The 28-year-old mother of two said it’s thanks to Staff Sgt. Cory Hinkle she’s able to share her story.

On Monday around 5 p.m., Guin was driving her GMC Terrain down the Boiling Springs Highway in Shelby, North Carolina, to pick up her children from their grandmother.

Less than a mile from her destination, a black SUV swerved into her lane from the oncoming traffic.

“I had no time to react,” she said in a Facebook message.

The airbags blew out. She was conscious but couldn’t see over the airbags.

“I forced my door open with sheer adrenaline,” she said.

She tried to step out, but as she stepped on her right foot sharp pain shot through her.

“When I looked down I saw that my bone was sticking out of my skin at my ankle and my foot was flopping to the side at a 90 degree angle,” she said. “I almost passed out.”

She sat back into the car.

Meanwhile, smoke rose from the wreckage. The car was catching on fire.

Hinkle was in the second car behind Guin. He was on his way from a National Guard base in Charlotte to his home in Forest City when he saw the collision.

“I stopped my car and ran to the crash,” he said in a Facebook message.

He thought the wreck must have caused severe injuries. He needed to help.

“I was the closest person to it and my 15 years of military training kicked in,” he said.

Hinkle joined the Army right after the 9/11 terrorist attacks. “I serve because I want the world that my children grow up in to be safe,” he said.

He reached the car and noticed Guin’s broken ankle. “She was screaming and crying and yelling about her kids,” he said. He checked the back seats, but they were empty.

Guin’s memories of that moment are somewhat unclear.

“I was on my way to get them and all I could think was that I was so glad they weren’t in the car with me when the wreck occurred,” she said. “I was thinking about my babies and was obviously thinking out loud.”

There was no time to spare.

“[H]e told me he had to move me before my car caught on fire because he could see the smoke coming out and there was gasoline pouring onto the ground,” she said.

Hinkle started pulling Guin out of the car. At that moment, another man, military veteran Brandon Foster, reached the wreckage. With Hinkle, they carried Guin to the side of the road, some 20 feet from the car.

“They kept me from looking down at my ankle because every time I saw it I would get lightheaded,” she said. “I’m an ER [emergency room] nurse so I have seen some things but it’s quite different when it’s your own bones protruding through.”

The men laid her on the ground, but when she saw the car burning, she started to panic.

“Cory laid his body down to block my view of it and began to talk to me so that I could remain somewhat calm,” she said.

“The fire intensified quickly and parts of the engine, tires, and shocks began exploding,” Hinkle said.

“The shocks began to explode and there was hot debris from the car flying toward us,” Guin said. “I was terrified every time one would explode but Cory told me it would have to go through him to get to me.”

When Hinkle was deployed to Iraq in 2005-2006, he was once in the way of a blast from an improvised explosive. He suffered a minor concussion.

This time he was ready to take shrapnel for Guin.

A piece of debris hit his left foot causing a bruise. He kept shielding Guin.

It took about 10 minutes for the first responders to reach the rural site, Hinkle said.

While lying by Guin, she asked him to call her husband. He did. He kept by her side until the paramedics told him to move so they could stabilize her and move her to an ambulance.

“Before I was transported away I remember grabbing his shirt and telling him how thankful I was that he was there with me,” she said.

She was taken to Carolinas HealthCare System Cleveland hospital in Shelby. Apart from the mangled foot, her cheekbone was broken and she had a seat belt burn from her neck across her body to her thighs. She underwent ankle surgery that night, expecting never to see her savior again.

Hinkle thought differently. He contacted Guin’s husband Chris and decided to stop by the hospital the next day.

“[W]hen he walked through the door the next day I burst into tears,” Guin said. “This man who was a complete stranger was prepared to sacrifice his life and body for me. You don’t find that in most people.”

“I helped Brandy because I still have faith in humanity,” Hinkle said. “It was the right thing to do.”

He brought her an Army teddy bear.

“Everyone sends flowers and balloons. They eventually die and wither away. I wanted her to have something from me that wouldn’t die … just like she didn’t die,” he said. 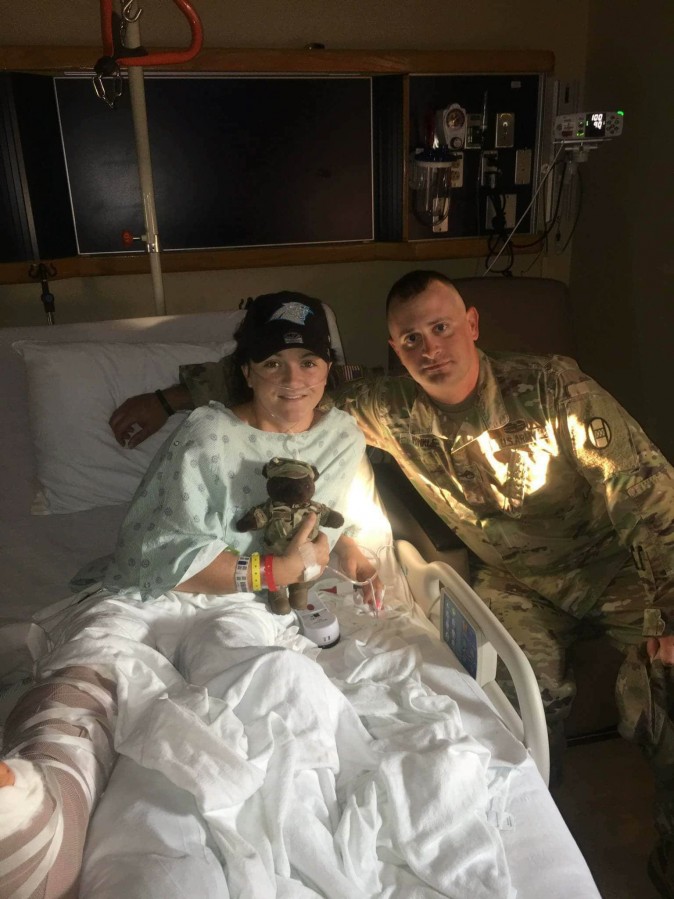 On Friday, Guin was released from the hospital. She said she has a long road of recovery and rehabilitation in front of her. But the crash brought a special friend to her life. 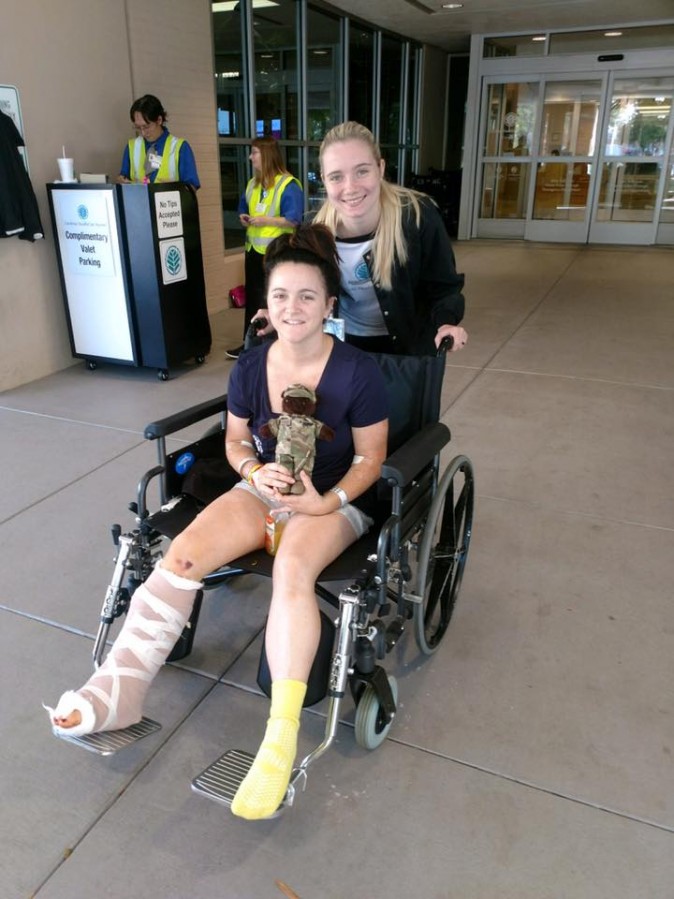 Brandy Guin in a wheelchair while being released from hospital in Shelby, N.C., on Sept. 22, 2017. (Courtesy of Brandy Guin)

“We met as strangers in the worst of circumstances but now are friends with plans for our families to get together and for our children to be able to play together,” Guin said. “Because at the end of the day because he helped to pull me from the wreckage before the fire got to me I was able to go home to my two babies.”