Man Tries to Kill Cockroaches With Ignited Insect Spray, It Didn’t Work Out

BrandscoveryLast updated Mar 08, 2018Page Views 8
Share
Emergency services responded to a call at 8 p.m. on Wednesday, March 7, after a man tried to use his insect spray as a flamethrower to kill cockroaches. What the man ended up doing was causing an explosion in his kitchen. Queensland Fire and Emergency Services said the man from Mount Isa suffered lacerations to … 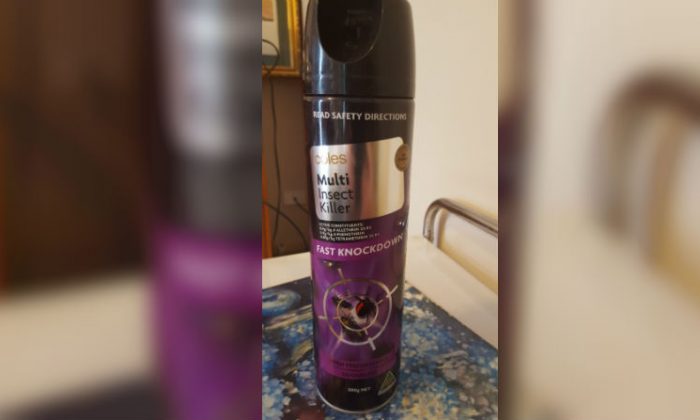 Man ignited a can of bug spray (not the one pictured) to kill cockroaches in his Queensland home. (Tookapic/Pexels)

Emergency services responded to a call at 8 p.m. on Wednesday, March 7, after a man tried to use his insect spray as a flamethrower to kill cockroaches. What the man ended up doing was causing an explosion in his kitchen.

Queensland Fire and Emergency Services said the man from Mount Isa suffered lacerations to his hands and head from flying shrapnel caused by the explosion, reported ABC. He was taken to Mount Isa hospital for treatment.

A Mount Isa man has caused an explosion while trying to spray cockroaches in his kitchen. It's believed he ignited spray while trying to burn the insects, causing windows to shatter & significant damage to the kitchen & walls of the house. pic.twitter.com/6yYqOG2RQx

There were other people in the house at the time of the incident but they were not injured.

Station officer Ian Louden told the ABC that the man ignited a can and a half of insect spray hoping to burn the cockroaches. Instead, it shattered his windows and caused significant damage to the kitchen and walls of the house.

He added that the bug spray contained clear labels against exposing the product to a naked flame, reported the news broadcaster.

“The instructions are put on these things for a purpose and failure to follow them can result in, as it did in this case, extreme damage to the property,” Louden told ABC.

“The people are very lucky that there wasn’t serious injury or death.

“He was the only one injured.”

#BREAKING: There’s been a gas bottle explosion at a home on Able Smith Parade in Mount Isa. Officers say a man has been hit with shrapnel & has suffered lacerations to his head. @abcbrisbane @ABCNorthWestQLD pic.twitter.com/rPr8ySM1fU

Police said the explosion, which was described as “vicious,” occurred in the kitchen and lounge area while other people in the house were in their bedrooms.

The residents in the house said their home is no longer habitable and they are packing up and moving away, reported the news broadcaster.

Neighbours in the area said they were shocked by the loud bang that came from the house.

“We were just sitting out and having a few beers and we just heard ‘boohowww,'” one neighbour Kerrod Karkadoo told ABC.

“With the kids out on the street, I thought … I ran out of the yard with panic,” another neighbour Stacey Corporal told the news broadcaster.

“[The kids] were scared, because they were practically like right in front of the house and they just ran with the fright.

“My son got interviewed and he’s told me that the police said it was just nothing to worry about, he was just trying to kill cockroaches — which is pretty silly.”